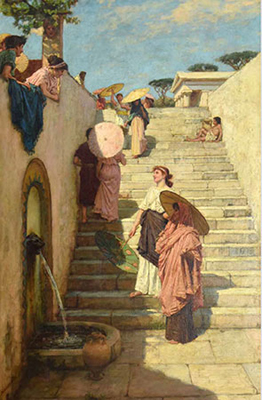 The Ministry of Culture’s “People of Egypt” programme has resumed its activities after the cultural shutdown on the back of the novel coronavirus (COVID-19) pandemic.

The programme aims to build bridges between Egypt’s youth, as well as help them to see the cultural riches of their country. The programme provides workshops and seminars aimed at integrating people living in remote parts of Egypt, and those resident in Egypt’s more densely populated capital and Nile Delta region.

Cooperating with the General Organisation of Culture Palaces, the Ministry of Culture organises field trips for school children and youth to museums and other cultural locations, as well as archaeological sites across Egypt.

Most recently, the programme included a field trip to the Aisha Fahmy Palace in Zamalek for youth from outside Cairo. The trip coincided with the fifth “Treasures of Our Museums” exhibition series, which included paintings and sculptures by great European artists of the 18th and 19th Centuries.

The works are on show at the Aisha Fahmy Palace until the end of October, with visitors granted entry free of charge.

In the intimate atmosphere of the palace, whose architectural beauty is a delight on its own, the visitor can admire masterpieces by the greats, including Delacroix, Gauguin, Rodin and Renoir. They can also rub shoulders with artists who are lesser known to the Egyptian public, such as Fernand Pelez, Henri Rondel, Guillaume Seignac, and Charles-Emile Jacques, among others. 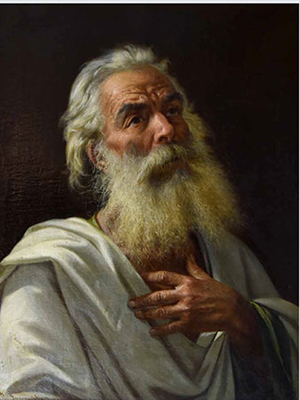 Commenting on the selection, Director of Arts at the Aisha Fahmy Palace Ihab Al-Labban said, “It is all about harmony between the different works and the adaptation of the chosen works to the space.”

The experience provided by the exhibition moves beyond the works on display, as visitors can also discover the palace. Unlike other art exhibitions, where people always focus on the works of art on display, here visitors are also mesmerised by the building itself.

Since its launch, the “People of Egypt” programme has conducted 80 visits to archaeological sites, and 312 artistic workshops. It has also presented 20 artistic performances across the venues operating under the General Organisation of Culture Palaces.

In addition, youth forums have been held in Asmarat, Aswan, South and North Sinai, and Marsa Matrouh, among other Egyptian cities and regions.

A number of women’s forums are also held under the programme, which have taken place in cooperation with the National Council for Women (NCW). These forums aim to train and develop crafts skills of women living in Egypt’s remoter governorates.