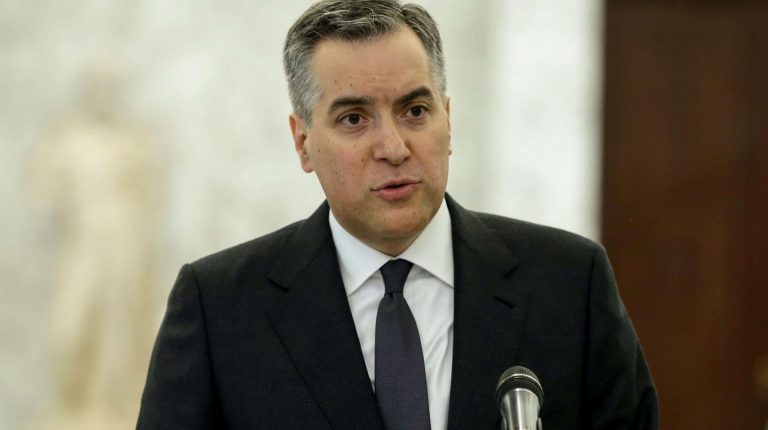 Lebanon’s Prime Minister-designate Mustapha Adib resigned, on Saturday, following a political impasse over the formation of the country’s next Cabinet.

The deadlock occurred due to the lack of agreement on who would fill the key Minister of Finance role, a crucial position for drawing up a programme to lift Lebanon out of its deep economic crisis.

“I excuse myself from continuing the task of forming the government,” Mustapha Adib said during a televised speech, after a meeting with Lebanese President, Michel Aoun, who had accepted his resignation.

Adib, the country’s former ambassador to Berlin, was chosen to form a cabinet on 31 August, as part of a diplomatic initiative by French President Emmanuel Macron to broker a political resolution in Lebanon. The previous government had stepped down, among growing public anger at their handling of the country’s affairs, in the wake of the Beirut port blast in early August.

The blast, which took place in the Lebanese capital’s port on 4 August, left over 190 people dead, thousands injured and vast swathes of the city damaged.

Adib had tried to form a government of specialists in a nation where power is shared between Muslims and Christians. His resignation follows the failure to form a Cabinet made up of independent specialists that would work on enacting reform in the country.

The country’s main Shi’ite groups, Hezbollah and Amal, insisted on retaining hold of the key ministry alongside other ministers from the sect in the new cabinet. The parties also objected to the manner in which Adib was forming the government.

In a televised speech following his resignation, Adib said that he was leaving the rol out of concern for national unity, adding that “it became clear that consensus is no longer in place”.

Following the announcement, former Prime Minister Saad Al-Hariri said, “We say to those who applaud the collapse of Macron’s initiative today, that you will bite your fingers in regret.”

He added, “Once again, politicians in Lebanon are presenting to our friends around the world a blatant example of failure in managing public affairs and approaching the national interests.”

Parliamentary Speaker and leader of the Amal Movement, Nabih Berry, has said that his group will adhere to the French initiative, which proposes forming a government of specialists, away from political parties.