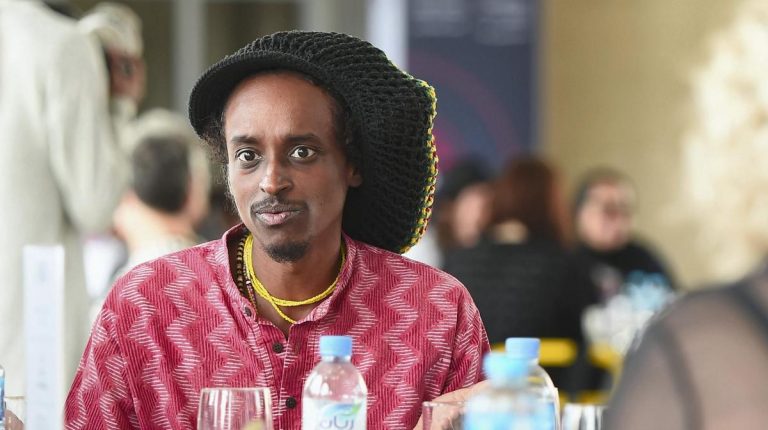 The Berlin International Film Festival said, on Sunday, that it is joining the international protest against the arrest of Sudanese filmmaker Hajooj Kuka and four other artists.

The group of artists has been randomly charged with causing a public nuisance.

“We call for their immediate release by the Sudanese authorities,” the festival said in a statement.

“Hajooj Kuka is an exceptional filmmaker, and TIFF has been proud to present his work,”  Vicente and Bailey said, “His films Beats of the Antonov and aKasha revealed a singular view of life in Sudan through the eyes of a remarkable artist.”

They added, “Hajooj, along with four other artists, is now in prison in Sudan, and we need to bring attention to this urgent and troubling situation. When an artist is silenced, society as a whole suffers.”

Sudanese organisation Gisa, where Kuka is co-director, said, “The case, which was policed, prosecuted, and judged by Al-Bashir era authorities, points to a dangerous backsliding in Sudan, as oppressive laws put in place by the former regime continue to stifle free expression and target artists and human rights defenders.”

Kuka is a prominent Sudanese filmmaker and member of the Academy of Motion Pictures Arts and Sciences. As a director of both documentary and fiction films, his work has received critical acclaim world-wide.

Born in Sudan, Kuka studied in Lebanon and the US, and currently resides in Sudan. His documentary Beats of the Antonov provides insight on war, music and the resilience of the people of the Blue Nile and Nuba Mountains. The documentary won the People’s Choice Award at the 2014 Toronto International Film Festival, in addition to six other film festival awards.

Due to his work, he was listed in the Foreign Policy Magazine as one of the Leading Global Thinkers of 2014. In 2016, Kuka participated in Berlinale Talents.

His first narrative feature film, aKasha, was supported by the Berlinale World Cinema Fund, and premiered at the Venice Film Festival in 2018. Alongside his filmmaking, he teaches drama and filmmaking to young artists in Khartoum. He is also the co-founder of the Refugee Club, an alliance of Sudanese artists whose work reflects an awareness of the transitory state of migration.