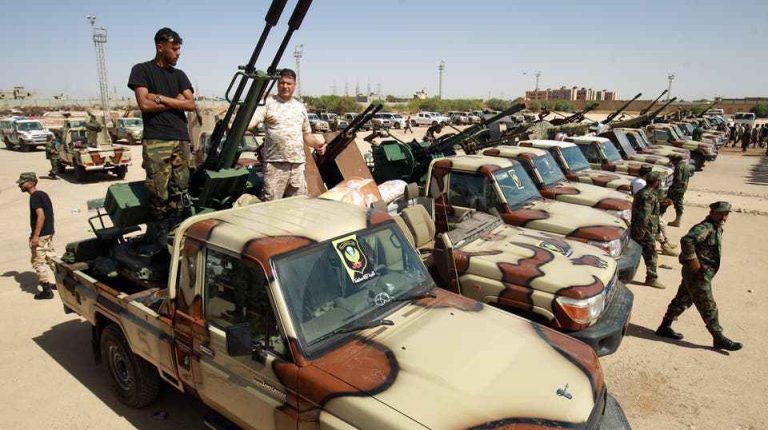 Military and security delegations representing the two rival Libyan parties are set to meet for high-level talks, on Monday, in Egypt’s Red Sea city of Hurghada.

The top-level meeting, the first to take place in five years, will include military and security officials from the Eastern-based Libyan Arab Armed Forces (LAAF) and the Government of National Accord (GNA) in Tripoli.

The meeting is being held under United Nations (UN) sponsorship, and is set to tackle a range of issues relating to Libya’s ongoing crisis.

According to the Al Arabiya news channel, the meeting will look at methods of maintaining the current ceasefire, whilst working to bring together the differing views among the rival Libyan parties. It will also discuss the preparations for the 5+5 Libyan Joint Military Commission, which Cairo will host in the upcoming days.

The officials will also discuss the dismissal of mercenaries and militias, as well as safeguarding Libya’s oil sites. They will review the formation of two military committees, representing the eastern and the western parts of the country, to establish a force responsible for securing the new government’s headquarters in Sirte.

This will come in addition to establishing an expanded military committee in charge of discussing the declaration of a unified military force in Libya.

Both Libyan officials emphasised that any initiative to solve the crisis in the war-torn country has to include “the removal of Turkish-backed mercenaries and militias”.

Two weeks ago, GNA head Fayez Al-Sarraj announced his intention to resign by the end of October.

In late August, both Saleh and Al-Sarraj announced in two separate statements that they had agreed on a Libya-wide ceasefire.