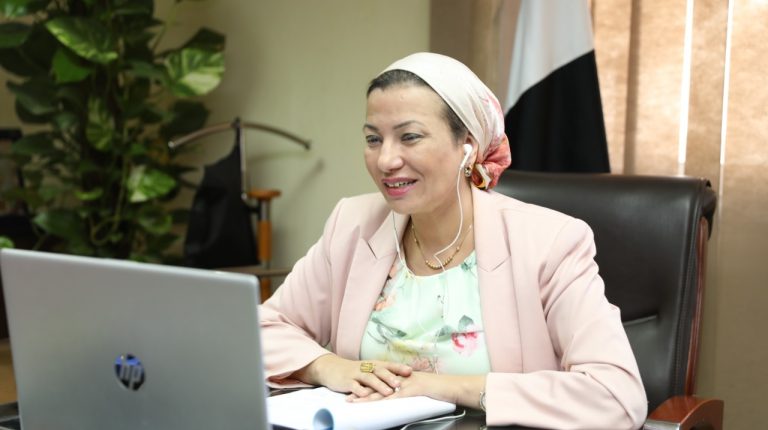 Egypt’s Minister of Environment Yasmine Fouad announced that her ministry has provided equipment to help farmers press and chop rice straw, as part of efforts to reduce pollution due to the burning of fields.

Fouad added that the Ministry of Environment is also keen on transforming the burning of rice straw from a crisis to an opportunity for youth.

In televised statements on Sunday evening, Fouad said that over the past two years, the Ministry of Environment has set up an initiative to educate Egyptian farmers about the economic value of rice straw. This was developed to ensure that farmers may benefit from make returns from it, instead of resorting to burning.

“Dealing with rice straw has turned into a “business” which has decreased the percentage of rice burning,” Fouad said.

She noted that her ministry has presented alternatives of burning straw to farmers whilst putting in place an integrated plan to deal with the issue. She also said that there is an operations room that follows up with the situation on the ground.

In autumn, Egypt suffers from annual black clouds and smoke pollution following the summer rice harvesting season. The black cloud is a result of burning huge amounts of rice straw in the cultivated land in the Nile Delta region.

Fouad said that the Ministry of Environment will implement the law immediately against rice straw burning, especially after providing alternatives. She pointed out that her ministry is working on the vehicle exhaust control file, especially with the launch of the government’s ambitious programme to use natural gas or electric powered vehicles.