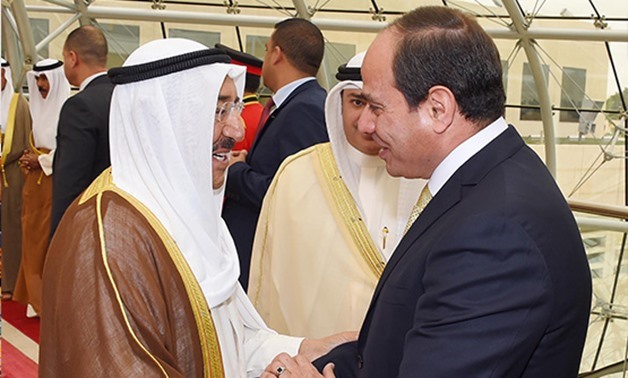 Egypt’s President Abdel Fattah Al-Sisi has expressed condolences on the death of Kuwait’s Emir, His Highness Sheikh Sabah Al Ahmad Al Jaber Al Sabah, who passed away in the US on Tuesday. He was 83.

Al Sabah’s office said upon the Emir’s passing, “With the utmost sadness and grief for the Kuwaiti people, the Islamic and Arab world and people of friendly nations, the Emiri Diwan mourns the death of Sheikh Sabah Al Ahmad Al Jaber Al Sabah, the Emir of Kuwait.”

Later on Tuesday, the Kuwaiti Cabinet appointed Crown Prince Sheikh Nawaf Al Ahmed Al Sabah as the country’s new Emir, in accordance with the constitution. The Cabinet of Ministers has also announced a 40-day mourning period, as of Tuesday.

Sheikh Nawaf was temporarily given some of the Emir’s constitutional duties on 18 September, when the late Emir was admitted to hospital for medical checks. Under Kuwaiti law, the Crown Prince is appointed as acting ruler in the absence of the Emir. He had previously served as Kuwait’s Minister of Defence and Minister of Interior.

Earlier on Tuesday, television channels in Kuwait cut their daily programming to broadcast verses from the Holy Quran. The country’s stock market also fell 2.2% upon the news.

Earlier this month, Kuwait’s Emiri Diwan said in a statement that Sheikh Sabah’s health was stable and that the Emir was receiving scheduled medical treatment in the US, following surgery for an unspecified condition in Kuwait.

The statement also expressed Egypt’s appreciation for Sheikh Sabah for his continued supported for Arab and Islamic national issues, and leaving a significant imprint on the regional renaissance.

Sheikh Sabah ruled the GCC oil producing nation and US ally since 2006, having steered its foreign policy for more than 50 years. The late Emir was called the “dean of Arab diplomacy”, for his efforts to restore relations with states that had backed Iraq during the 1990-1991 Gulf War, when Kuwait was invaded by Iraqi forces. He also frequently acted as a mediator in other regional disputes.

Before taking the throne, Sheikh Sabah served as both Kuwait’s Minister of Foreign Affairs from 1963 to 1991 and again from 1992 until his appointment as the country’s Prime Minister in 2003.