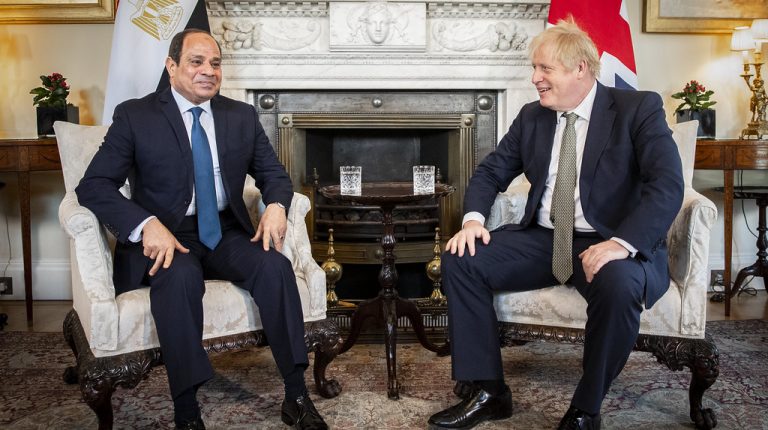 During a phone conversation, Al-Sisi and Jonson focused on the situation in Libya and ways to solve the conflict in the war-torn oil-rich country, Al-Sisi’s spokesman Bassam Rady said in a statement.

He called for positive and constructive interaction among all Libyan parties by way of the Berlin Conference and the Cairo Declaration, in order to hold presidential and parliamentary elections that will lead to a new phase.

For his part, Johnson expressed his support for the Egyptian efforts to settle the Libyan crisis.

On Middle East peace process, Al-Sisi and Johnson underlined the importance of pushing collective international action toward resuming negotiations between Palestinians and Israelis.

They also talked about the concern about the Grand Ethiopian Renaissance Dam, when Al-Sisi highlighted the water issue for the Egyptian people as a matter of national security.

Water is matter of national security for Egypt: Al-Sisi