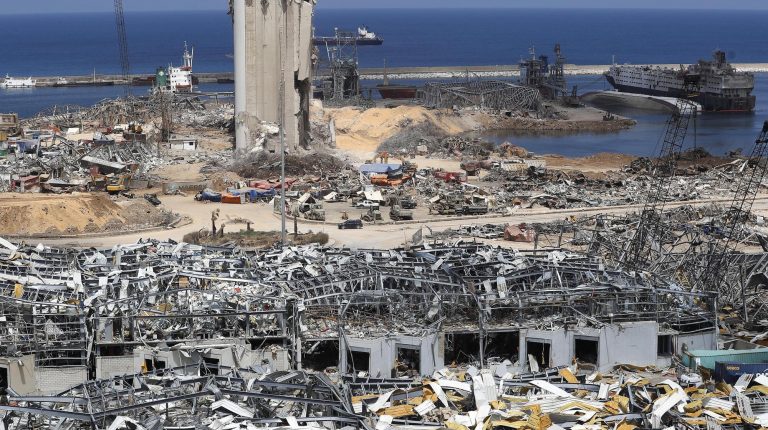 Lebanon’s crippling political crisis continues following the failure to form a government despite intense international pressure, leaving the country and its people with an unknown and uncertain future.

In an effort to get things moving, Macron said, “It now is up to Lebanese leaders to seize this last chance.”

Lebanon’s Prime Minister designate, Mostafa Adib, resigned earlier this week and apologised for failing to form a new government. Amid popular demands for political reforms, his resignation came after weeks of trying to persuade political parties to agree to his choices.

“The solution to the Lebanese crisis is embodied in returning to the French initiative and forming a government far from the logic of sectarian quotas,” said Fadi Saad, a member of the Lebanese Parliament, “Lebanon needs a government of specialised competencies.”

He added, “Through its agents in the country, Iran wants to use Lebanon as a card in the negotiations expected after the US elections, and it is delaying and disrupting the formation of the government to keep the card in its hand, as it wants to sell Lebanon’s card at the table. Negotiations with America have no interest in facilitating France’s mission, free of charge. ”

Saad also said that Hezbollah and its allies in Lebanon bear the responsibility for all the devastation occurring in the country, particularly as it controls the decision for the presidency, the government and the parliament.

”Hezbollah uses its weapons and the surplus power it enjoys, using it to intimidate the Lebanese and impose their will on them by terror,” he noted.

Lebanon’s Shiite Amal movement expressed its surprise, on Tuesday, over accusations against them made by the French President.

In a statement, in which it referred to the collapse of the government formation talks, Amal said, “The movement, while it respects the role French President Macron has played, is surprised by comments he made that included accusations and holding [the Amal Movement and Hezbollah] especially responsible.”

Sami Nader, Director of the Mashreq Center for Strategic Affairs in Beirut, said, “If the six-week deadline elapses and the equation does not change, which is likely, France will reconsider its calculations and reconsider some of its policies regarding Hezbollah.”

Nader said that it is likely that France will follow a more solid policy towards Iran and its arms, adding, “Paris will not leave Beirut in the hands of Tehran, especially in light of the clear support for it in Lebanon, and this will certainly be at the expense of the internal structure, particularly Hezbollah.”

Maha Yahya, Director of the Carnegie Middle East Center, expects that the process of naming a replacement for Adib would take “some time”.

She said, “In the meantime, the country will be in the hands of a caretaker government that cannot in fact make any decisions, and certainly cannot negotiate with the International Monetary Fund (IMF) on the economic recovery plan.”

In earlier statements, President Macron said that Hezbollah is responsible for the failure to form a government in Lebanon and the apology of the Prime Minister-designate.

The French leader has been pressing Lebanese politicians to form a Cabinet made up of non-partisan specialists that can work on enacting urgent reforms. These would extract Lebanon from a devastating economic and financial crisis, worsened by the 4 August explosion at Beirut port.

Lebanon has experienced almost a year of intense turmoil, exacerbated by the novel coronavirus (COVID-19) pandemic and the devastating port explosion. The country is in desperate need of a bailout, but the international community will only give this aid once Lebanon delivers the required reforms.

Many Lebanese activists warn that continuing without a government may lead to more chaos and the deterioration of living conditions, especially in light of the rampant poverty. With these conditions likely to push the country’s citizens onto the streets again, the country will only continue to rotate in a vicious circle of instability.

Others have warned that foreign interference, which thwarted the project to form the new government, will lead to deteriorating security in the country.