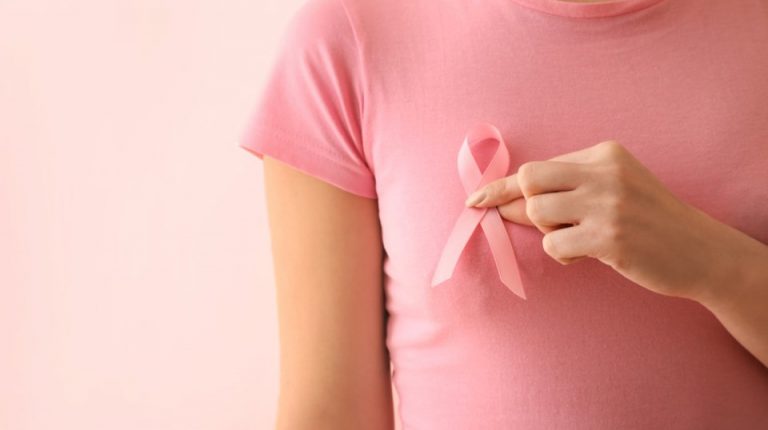 Female breast cancer patients aged over 70 are sometimes not offered surgery, chemotherapy or radiotherapy, due to the medical belief they will not be able to tolerate, or derive much benefit from, such invastive treatments.

Whereas removing such invasive treatments from the care options may contribute to significantly worse survival rates among this age group, older patients may still avoid harm from over-treatment.

New research, which will be presented on Friday at the 12th European Breast Cancer Conference (EBCC12), shows that the majority of older women can tolerate surgery. It also shows that all but the least fit should be offered these treatments, to help bridge the gap in survival rates between older and younger women.

Lynda Wyld, Professor of Surgical Oncology at the UK’s University of Sheffield, will present the results of a study of 3,416 women at 56 UK breast cancer units at the virtual conference.

The research shows that among the 2,979 women whose cancer was driven by the oestrogen hormone (ER positive), 2,354 (82%) were treated with surgery and 500 (18%) with anti-oestrogen tablets only.

“The tablet-only group were an average of eight years older, and significantly less fit than the surgery group,” Wyld said, “Not surprisingly, when unadjusted analysis of overall survival was performed, 203 of the 486 women on tablets only, for whom we have complete data, died compared to 336 out of 2,307 women treated with surgery, after follow-up of 52 months.”

This equates to a mortality rate of 41.8% of women on tablets only, compared to 14.6% who had surgery. Death rates specifically from breast cancer, unadjusted for factors that could affect the outcomes such as age and fitness, accounted for 45 out of 476 (9.5%) in the tablet-only group. This compared to 113 out of the 2,293 (4.9%) that took part in the surgery group.

After adjusting for age, stage of tumour, other diseases and levels of activity, Wyld and her colleagues identified 426 women who received surgery, and 240 who received tablets only who were of similar ages, fitness and frailty levels.

However, in this matched group, there were 7 out of 223 (3.1%) deaths from breast cancer among tablet-only women, versus 27 out of 408 (6.6%) women who had surgery. There were no deaths attributed to surgery among the whole group of 3,416 older patients, and only 2% of the 2,354 women suffered serious side effects from surgery.

“For most women, surgery is well tolerated and should be the aim of treatment, if possible, and survival rates are slightly lower in women who do not have surgery,” Wyld said, “However, when we looked at the two treatments in a less fit group of older women, these differences in breast cancer survival disappeared.”

She added, “In addition, their quality of life and their ability to engage in everyday activities deteriorated more after surgery than for women who just had hormone tablets. This also must be weighed up against the potential difference in survival between surgery and primary hormone therapy.

Wyld noted that these findings suggest that for older, less fit, frailer women with hormone-positive breast cancer, hormone therapy alone is likely to be as good as surgery if their life expectancy is less than four to five years.

Until now, there have been no guidelines to help clinicians and patients choose the most appropriate treatment that takes account of varying levels of fitness.

“We have used the data from this study to develop online tools to determine whether older women will benefit from surgery or not, which may help in the decision-making process,” Wyld said, “These have now been made freely available on the web.”

She also said that the first results from a second study, a randomised controlled trial of the world’s first web-based decision support tools created for this purpose. One tool supports decisions for whether to have surgery followed by hormone therapy (as adjuvant therapy), or hormone therapy alone. The second tool supports decisions for whether or not to have adjuvant chemotherapy after surgery in older women.

A total of 1,339 women from the same group in the first study were recruited to this second study. They were aged 70 or older, and had operable breast cancer, with a total of 46 breast cancer clinics taking part in a randomised trial.

Of these clinics, 21 used the decision support tools, and 25 clinics used the usual decision-making processes to help support the women in their choice of treatment.

The decision support tools consist of an algorithm available to clinicians online and booklets for patients to take away with them after discussions with their cancer doctor.

“We found that treatment choices changed as a result of using the decision support tools and patient knowledge about the available options was better,” said Wyld, “Patients rated the decision aids highly, and there was a small difference in the quality of life afterwards among the women who were offered the choice between surgery or hormone-only treatment.”

At clinics using the decision support tools, women who were offered a choice of hormone tablets only or surgery demonstrated greater knowledge on the treatments available. The figures reflected 94% (63 out of 67 women), versus 74% (43 out of 58 women) among women in clinics providing usual care.

Treatment choice was altered, with 21% (123 of 591 women) choosing to have hormone treatment only, compared to 15% (88 of 570 women) at clinics using the usual decision-making processes. Among women with tumours that were at high risk of recurring or spreading to other parts of the body, uptake of adjuvant chemotherapy was similar between those using the support tools and those who were not.

Overall, quality of life was similar among the women six months after the start of the study. There was, however, a small, four point decline in the score for quality of life among women treated with surgery, and who had been offered this choice.

Wyld said, “If we look at all women at the centres, many will not have been offered a choice; for example, a fit woman with no health problems will just have been told she needed surgery. Therefore, if we analyse all patients in the two arms of the trial, quality of life was not different. However, if we only analyse the patients who were offered a choice, namely the frailer, less fit women, there is a difference in favour of use of the decision aid, as they tended to decide against surgery or chemotherapy in favour of a better quality of life.”

She said that in the next five to 10 years, she and her colleagues will explore whether deciding against surgery had an impact on survival, although at present it does not seem to have had a negative impact. For this group, there were similar numbers of deaths from all causes in each arm of the trial.

“This was a surprise to us, but it reflects the importance of giving women the right to choose based on their own personal priorities,” said Wyld, “What we have found is that although more women who used the decision support tools received hormone tablet-only therapy rather than surgery, the survival rate from breast cancer was similar regardless. However, this needs to be confirmed by data after longer follow-up.”

She concluded by saying, “We hope that use of the tools will help to reduce some of the variability of practice regarding the treatment of older women and hopefully also improve outcomes and strengthen the role of the patient in making an informed decision.”

Although not involved with this research, he said, “It can be hard to decide on the best treatment for older patients with breast cancer. When they are frail, unfit and have several other health problems, quality of life may be more important to them than length of life.

He noted, however, that surgery is often the most effective primary treatment. The findings from these two linked studies help patients and their doctors make their decisions based on the best available evidence.

“The decision support tools ensure that the most appropriate treatment is chosen, based on the individual patient’s circumstances and wishes,” Cortes said, “It will be important to see what the longer follow-up reveals in terms of survival.”