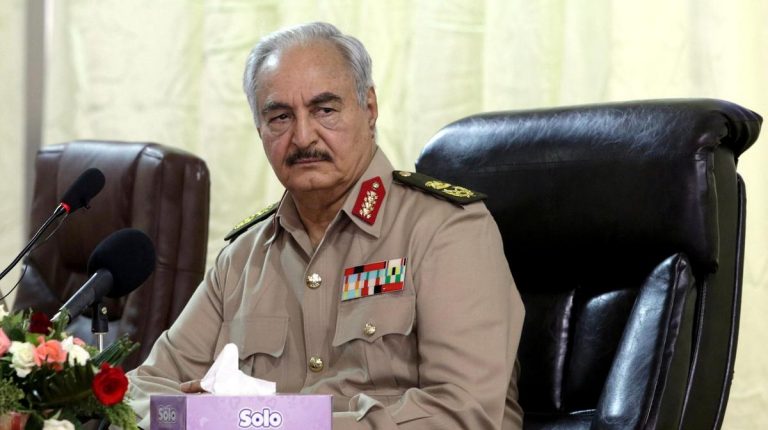 The delegations represented the internationally-recognised Government of National Accord (GNA) and the Libyan Arab Armed Forces (LAAF).

The discussions facilitated by the UN Support Mission in Libya (UNSMIL) took place in the Egyptian Red Sea town of Hurghada, and addressed a number of pressing security and military issues.

It included confidence-building measures, as well as security arrangements for an area that will be defined at a later stage as part of the 5+5 Joint Military Committee (JMC) talks.

The face-to-face military talks, which started on Monday, came amid international pressure on both sides and their foreign backers to avert an escalation.

In a statement, UNSMIL said that the two days of talks, conducted in “a spirit of responsibility, transparency and mutual trust”, had resulted in progress on several of the lingering issues between the war’s two parties.

The meeting also addressed tasks and responsibilities of the Petroleum Facilities Guard (PFG). Both delegations concluded their deliberations with a set of recommendations to be presented to the 5+5 JMC.

The sides have agreed to swiftly resume face-to-face 5+5 JMC meetings, starting next week. They will also undertake the immediate release of all detainees on account of their identity and without pre-conditions or restrictions. Immediate measures will also be undertaken to exchange, before the end of October, all those detained during military operations through the formation of specialised committees from the relevant parties.

The two sides will also halt all hate speech campaigns, replace the narrative of hatred and incitement with a discourse of tolerance and reconciliation, and reject violence and terrorism. At the same time, air traffic and land transportation lines will also be reopened across all Libyan cities to ensure freedom of movement for all citizens.

Participants also reviewed the security arrangements, which will be determined at a later stage as part of the 5+5 Joint Military Committee (JMC) talks. They will refer the PFG tasks and responsibilities to the 5+5 JMC and request that it prioritises this issue, and provide a comprehensive assessment of the situation. Focus will also be placed on putting in place the measures required to ensure regular oil and gas production and export.

The outcomes of the negotiations will be mainstreamed into UN-brokered military talks which should be held in the coming week, UNSMIL said.

The UN mission expressed its sincere gratitude for the Egypt government’s efforts in facilitating this important round of Libyan talks. It also expressed its appreciation of both delegations and welcomed the outcomes reached during the discussions.

UNSMIL added that it hops the positive developments will contribute to paving the way towards a final and lasting ceasefire agreement.

Both Libyan officials emphasised that any initiative to solve the crisis in the war-torn country has to include “the removal of Turkish-backed mercenaries and militias”.