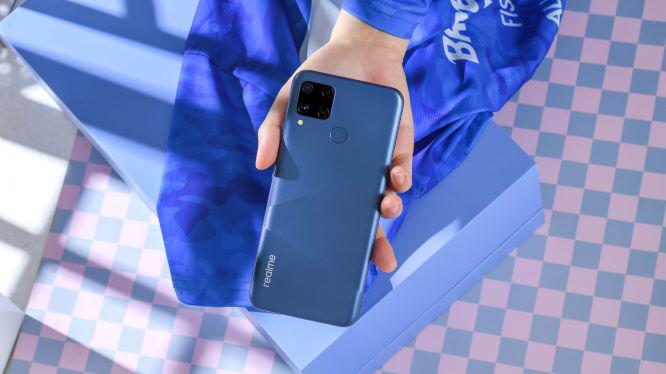 Chinese technology firm realme has consistently managed to prove that it is the fastest-growing trendsetting brand in the smartphone industry across the globe.

As part of the company’s continuing to build on its previous successes in the Egyptian market, it has launched its latest C15 smartphone model.

The launch has created great buzz, with the model receiving admiration and appreciation among its target audience, especially younger segments and technology enthusiasts. Upon its launch, the C15 has managed to achieve high and fast sales nationwide.

Mahmoud Taha, Marketing Head of realme Egypt, said that the C15’s unprecedented specifications and features have reflected on its growing sales rate. As soon as the smartphone was launched and promoted, more than 2,000 people purchased it in a mere 30 minutes.

Furthermore, Taha illustrated why the C15 is being promoted as the “power monster”, which is proven in its highly efficient battery 6,000mAh. This strength and power is a relatively pioneering feature for cell phones in this economic price range, with the model being solde for less than LE 3,000 per phone.

He added that this positioning is part of the company’s strategy to provide affordable and practical smartphones and accessories for its young audience.

The new C15 has an 18W charger allowing a 25% charge in just 30 minutes. The smartphone can stay in hibernation for 57 days thanks to its high-performance battery.

Moreover, the C15 also possesses a high-quality and clear quad camera, a gradient geometrical design, and a strong infrastructure to withstand shocks and sudden falls.

He added, “This step further assures our strategy to present comprehensive and practical smartphones for realme users.”

Wang also said that realme was among the first smartphone manufacturers to adopt Android 10 in 2019 in its realme UI 1.0 interface.

He added that realme’s Dare to Leap slogan is a projection of the company’s rooted belief in addressing the youth’s needs by providing innovative, affordable, and staple products that they can count on. All of these factors have attributed to the current positioning of realme as the world’s fastest-growing & trendsetting brand.

Tere are currently more than 45 million smartphone users worldwide who use realme products, of which one million are Egyptian users.

According to Counterpoint Research, realme’s market share in Egypt is a growing 13.5%, making the brand the fourth most popular smartphone manufacturer for Egyptian users. The Chinese brand has penetrated more than 61 markets and proven itself as one of the top five performing brands in nine of these markets.