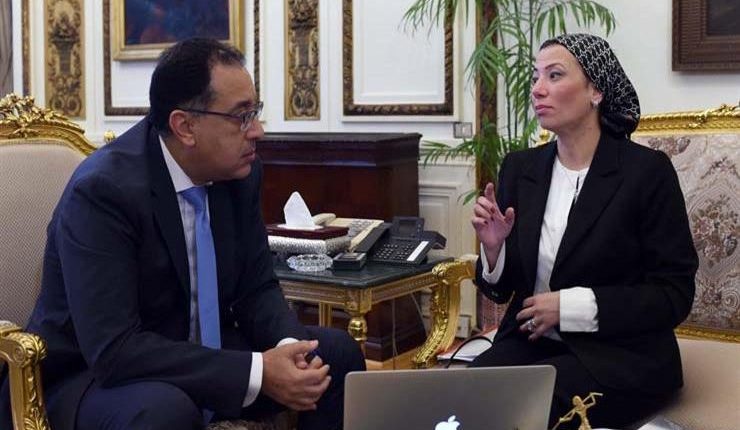 Egypt’s Prime Minister Mostafa Madbouly and Minister of Environment Yasmine Fouad have met to review the Ministry’s preparations to combat the “black clouds” phenomena in Greater Cairo and the Delta governorates.

Burning excess rice straw is one of the factors causing the thick smoke in Egypt.

During a meeting on Saturday, Fouad briefed Madbouly on her ministry’s efforts to transform the crisis relating to waste rice straw to an opportunity. She explained that this year’s target for collecting rice straw have been significantly increased, with 500,000 tonnes of rice straw now set to be collected compared to the 350,000 tonnes last year.

She noted that 51,515 tonnes of rice straw have been collected by now, with 289 rice straw collection sites opened across Delta governorates. The already collected rice straw represents about 88% of the total amount resulting from harvest operations so far.

The minister said that the Ministry of Environment has, in coordination with the concerned authorities, activated about 75 methods with which to follow up on the open burning of agricultural and solid waste. She also said that of the 1,481 establishments that have so far been inspected, 9% were charged with violating the law.

Fouad added that 805 public transport buses were also checked for their pollution emission levels, as part of the efforts to improve air quality in Greater Cairo and the Delta.

In televised statements last week, the minister said that her ministry has, over the past two years, worked with farmers to highlight the economic value of rice straw. These educational efforts also saw farmers taught about rice straw’s benefits, and how returns can be made from the substance, instead of burning it.

Fouad said that her ministry will implement the law immediately, against cases of burning rice straw, especially after providing an alternative.

Egypt has consistently suffered from a black clouds crisis, which normally occurs at the end of the summer. It occurs following the rice harvest, with the black cloud the result of burning huge amounts of rice straw in Egypt’s cultivated land.