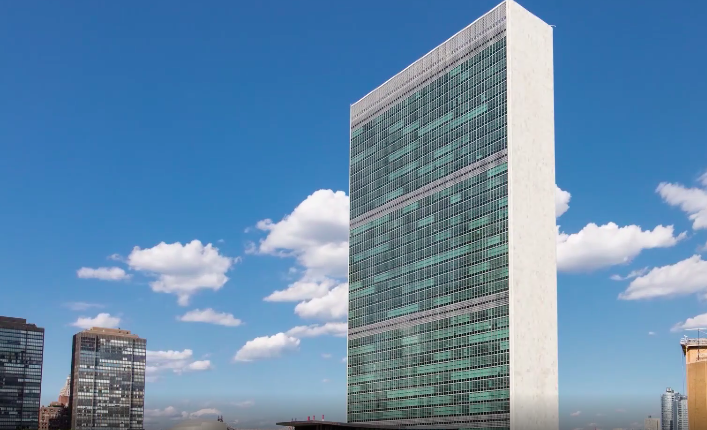 With the world beset with such grave challenges as a raging pandemic, continuing recession, surging isolationism and rising hegemonism, the recent series of UN high-level meetings represent the world’s latest bid to find humanity’s way forward.

In multiple speeches delivered at the most important international platform, Chinese President Xi Jinping expounded his approach to addressing the fundamental questions of the times and his vision on uniting all nations sharing the planet to build a better shared future.

“Peace and development remain the underlying trend of the times, and people everywhere crave even more strongly for peace, development and win-win cooperation,” he said at the general debate of the 75th session of the UN General Assembly (UNGA). “COVID-19 will not be the last crisis to confront humanity, so we must join hands and be prepared to meet even more global challenges.”

The Chinese leader drew the world together with a plan and a vision of how to work, said Stephen Perry, chairman of Britain’s 48 Group Club. “He is a beacon of hope in a dark moment of the planet. I hope he can carry other national leaders with him and to focus on making the world work right.”

At a historic juncture 75 years ago, the United Nations, the epitome of multilateralism, was established following the scourge of two world wars to maintain lasting peace and promote common development.

“Today, we face our own 1945 moment,” UN Secretary-General Antonio Guterres said at the opening of the 75th UNGA, warning about a new standoff as the multilateral system, the foundation for globalization and integration, is exposed to salient risks and challenges, such as treaty withdrawals and military and economic bullying practices.

Noting that the past 75 years has been a period of rapid development of multilateralism, Xi stressed at the High-level Meeting to Commemorate the 75th Anniversary of the United Nations that “international affairs ought to be addressed through consultation among us all.”

“Problems facing the world are big and many, and global challenges are on the increase,” he said. “They should and can only be resolved through dialogue and cooperation.”

This commitment to equality-based consultation has been an essential feature of Xi’s diplomatic thought, now widely known as Xiplomacy. Since he took office as Chinese president in 2013, he has reiterated the principle on a variety of international occasions, steadfastly advocating multilateralism over unilateralism and win-win cooperation over zero-sum confrontation.

In his landmark UNGA address five years ago, Xi pointed out that all countries are interdependent and share a common future, and called for global efforts to “renew our commitment to the purposes and principles of the UN Charter” and “build a new type of international relations featuring win-win cooperation.”

Over the years, China has demonstrated that it is not only an advocate but also a practitioner of multilateralism and defender of the UN-centered international system. China, said Chinese State Councilor and Foreign Minister Wang Yi at a recent forum, has joined almost all universal intergovernmental organizations and international conventions.

Calling China “a pillar of multilateralism,” Guterres said in a recent interview with Xinhua that he expects China to “continue its proactive policies to strengthen the UN’s global work on maintaining peace and security and encouraging sustainable development.”

Underneath the various challenges troubling today’s world lie assorted development problems, which have only become more acute against the backdrop of the COVID-19 pandemic and its multidimensional impact.

“The issue of development should be highlighted in the global macro framework; and there should be a greater emphasis on the promotion and protection of the rights to subsistence and development,” Xi said at the latest UN meetings.

China is committed to peaceful, open, cooperative and common development, he reiterated, echoing his statements five years ago that “development of all is the real development, and sustainable development is the good development.”

“We aim to foster, over time, a new development paradigm with domestic circulation as the mainstay and domestic and international circulations reinforcing each other,” Xi said. “This will create more space for China’s economic development and add impetus to global economic recovery and growth.”

Commenting on the surge of anti-globalization sentiment over recent years, Xi warned that “burying one’s head in the sand like an ostrich in the face of economic globalization or trying to fight it with Don Quixote’s lance goes against the trend of history.”

Championing common development, China has rolled out such platforms as the Belt and Road Initiative (BRI), the China International Import Expo and the Asian Infrastructure Investment Bank (AIIB), which have offered a sliver lining in the pandemic-triggered global economic recession.

For example, the BRI, after seven years of steady development, has now become the world’s largest platform of international cooperation, and the China-initiated AIIB has provided 24 members with nearly 20 billion U.S. dollars to finance their infrastructure construction.

Testifying to its commitment to inclusive development, China has achieved significant progress in promoting women’s development. It is recognized by the World Health Organization as one of the 10 fast-track countries in women’s and children’s health. At the UN meetings, Xi called for concerted efforts “to support women and help them live their lives to the full.”

On the front of poverty alleviation, a top priority in Xi’s mind, China is set to lift out of poverty all rural residents living below the current poverty line within the set time frame, meeting 10 years ahead of schedule the poverty eradication target set out in the 2030 Agenda for Sustainable Development.

Calling China’s poverty-fighting campaign “an inspiring strategy,” Alicia Barcena, executive secretary of the UN Economic Commission for Latin America and the Caribbean, said China has made it possible “to accelerate the reduction of poverty at the global level.”

In a world which Guterres said has “a surplus of multilateral challenges and a deficit of multilateral solutions,” Xi called on all countries to rise above differences in nationality, culture and ideology, and join hands to build a better shared future for all.

The vision of building a community with a shared future for mankind, first introduced to the international community in 2013, has become the flagship concept in Xiplomacy and a consistent underlying theme of Xi’s remarks on international relations.

Stressing the significance of the ecosystem to humanity’s future, Xi suggested that all countries “take up our lofty responsibility for the entire human civilization, … balance and coordinate economic development and ecological protection, and work together to build a prosperous, clean and beautiful world.”

In a clear demonstration of its dedication to that vision, China, the first country to bear the brunt of the COVID-19 pandemic and also among the first to put it under effective control, has been fighting shoulder to shoulder with the international community against the coronavirus disease.

Recognizing that in a pandemic no one is safe until everyone is safe, China has sent medical expert teams to 34 countries to help prevent and control the epidemic, and provided aid for more than 150 countries and international organizations.

As regards climate change, another challenge that threatens the future of the entire humankind, Xi announced at the latest UN meetings that China aims to have CO2 emissions peak before 2030 and achieve carbon neutrality before 2060.

“There is no doubt that efforts from China will play a major role in shaping how the rest of the world progresses on climate action,” said Helen Clarkson, CEO of the London-based Climate Group, in an interview with Xinhua.