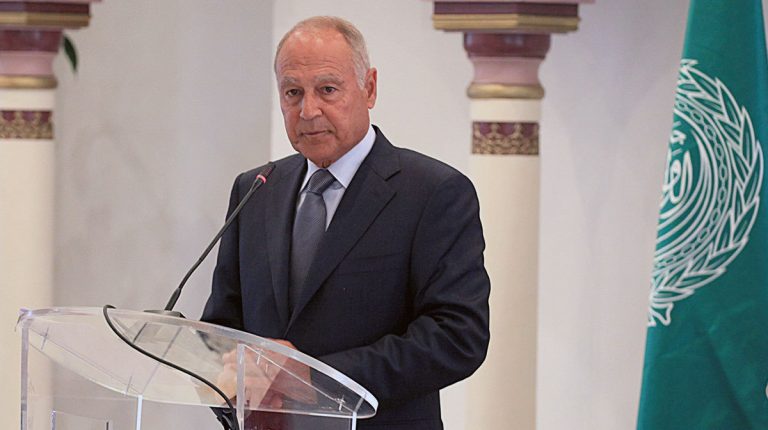 The Arab League will continue supporting the Palestinian people and their legitimate rights, according to its Secretary General Ahmed Aboul Gheit.

He added that the Palestinian state will inevitably be established and a solution will be reached for the long-term Palestinian-Israeli conflict.

In televised statements on Saturday evening, Aboul Gheit called for a speedy end to the internal divisions, and that the Palestinian factions should prioritise the interests of the people above all other considerations.

“Our responsibility is to support the Palestinian people, and encourage the leadership to rise out of this extremely difficult situation that the Palestinian cause is going through,” he said.

The Secretary-General firmly denied claims that he supports the American peace plan, which the US leadership termed the “deal of the century”, and that he is instead against the plan.

He explained that the Trump administration has punished Palestinian refugees by halting aid to the UN Relief and Works Agency (UNRWA) and recognised Jerusalem as the capital of Israel.

“The American plan takes everything from the Palestinians and gives them nothing, and it is totally rejected,” Aboul Gheit said.

He added that he understands the Palestinian people’s anger, but noted that they misread the Arab League’s stance.

He added that the Arab League has responsibilities and commitments to the Palestinian cause, but it is also in the tragic situation of being obliged to preserve the Arab League itself.

He further added that Arab states have not abandoned the Palestinian Cause, and rejected calls for ending the Arab League’s role.

Recently, the UAE and Bahrain have normalised relations with Israel, a move which the Palestinians have rejected.