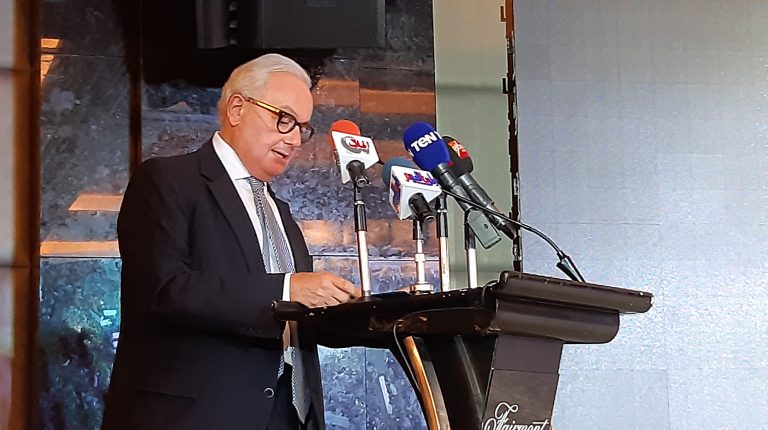 The European Union (EU) has contributed a total of €200m to Egypt’s Rural Development Programme since its inception, according to Christian Berger, Ambassador of the EU to Egypt.

The funding has been provided through a join partnership between the EU and the Italian Agency for Cooperation (AICS). The two sides have worked to strengthen rural development in Egypt through the European Union – Joint Rural Development Programme (EU-JRDP).

The EU-JRDP is an “area-based” initiative that was initiated, between 2014 and 2020, in three governorates namely Matrouh, Minya and Fayoum. It was implemented by the Italian Ministry of Foreign Affairs and Cooperation and Development, through the Italian Embassy in Egypt with the technical assistance of AICS, with € 11m allocated to the project. The EU allocated a grant of €21.9m for this project.

“Over the years, the EU has become an increasingly important partner in this sector, with a total contribution reaching over €200m for past and current programmes,” Berger said, “More than 20 years have passed since the first agricultural project supported by the EU was implemented.”

Berger added that the EU-JRDP is part of the larger support that the EU is providing to the rural areas or for the development of agriculture in the country.

Italy’s Ambassador to Cairo Giampaolo Cantini said, “The EU-JRPD programme aims to strengthen the capacities of rural associations, for both farmers and non-farmers, in terms of sustainable management of local resources and to explore innovative solutions for the upcoming generation.”

He added, “The EU-JRDP seeks to improve the quality of life of people living in rural areas, through increasing sustainable agricultural production by managing water and natural resources more effectively and efficiently, and improving rural livelihoods by promoting income generating activities.”

Throughout the implementation period, the EU-JRDP acquired a vast range of experience shared during the final event currently taking place in Cairo, with all concerned stakeholders. The EU-JRPD, which was initially planned to be a five-year programme and later extended to six, has been implemented through 11 Calls for Proposals with Egyptian and international organisations, and 14 Calls for Tenders, four of which are directly related to the rehabilitation of irrigation infrastructure in Minya and Fayoum.

The main Egyptian authorities in the project are the Ministry of International Cooperation as National Coordinator, the Ministry of Agriculture and Land Reclamation as Lead Ministry, the Ministry of Water Resources and Irrigation, and the Ministry of Local Development. In Matrouh Governorate alone, the EU funded, in connection with the EU-JRDP, the “Demining Component” implemented by the UNDP.

The EU-JRDP aim is to contribute to the development of best practice-based knowledge during the preparation of future projects in rural development. In Matrouh Governorate, the project developed best water harvesting practices in the drylands of Egypt’s North West Coastal Zone. The project also increased the resilience capacity of pastoralists and undertook the promotion of Geographical Indications (GIs).

Based on EU-JRDP experience, such practices can be in the future adapted and improved to facilitate the up-scaling and the adoption process by final beneficiaries leading to a greater impact and better sustainability.