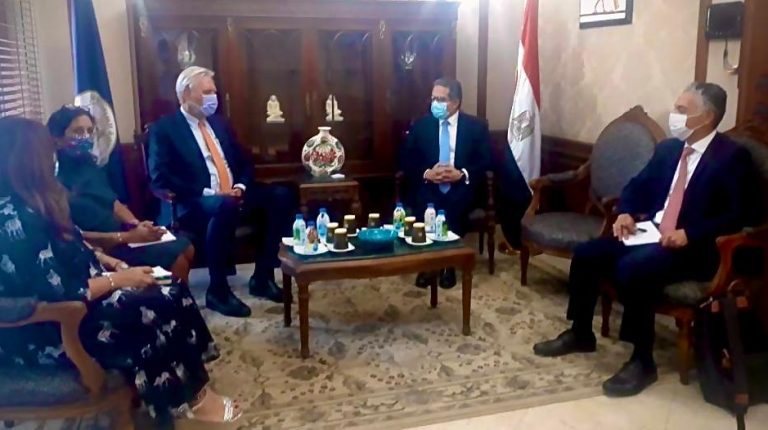 Egypt’s Minister of Tourism and Antiquities Khaled Al-Anani met with the Netherlands’ new Ambassador to Egypt, Han-Maurits Schaapveld, to discuss ways of strengthening cooperation between the two countries in archaeological activities.

During the meeting, the two sides also explored ways to boost Dutch tourism movement to Egypt.

Al-Anani welcomed the new Ambassador, and wished him success during his tenure in the ambassadorial role. The minister also expressed his hopes for further cooperation between the two countries in all fields, especially in tourism and antiquities.

For his part, Schaapveld praised the precautionary measures and health and safety controls taken by the Egyptian government to ensure the resumption of tourism in the country. He also praised the success of the Egyptian experience in dealing with the novel coronavirus (COVID-19) crisis.

During the meeting, the two sides discussed cooperation between Egypt and the Netherlands regarding the development of museums and archaeological sites to achieve sustainable development goals.

They also talked about the existing Egyptian-Dutch partnership to develop tourism services in the Bani Hassan region of Minya Governorate. The two officials focused on the brochures and guide boards about the area that have been prepared to introduce tourists to the area’s history and monuments.