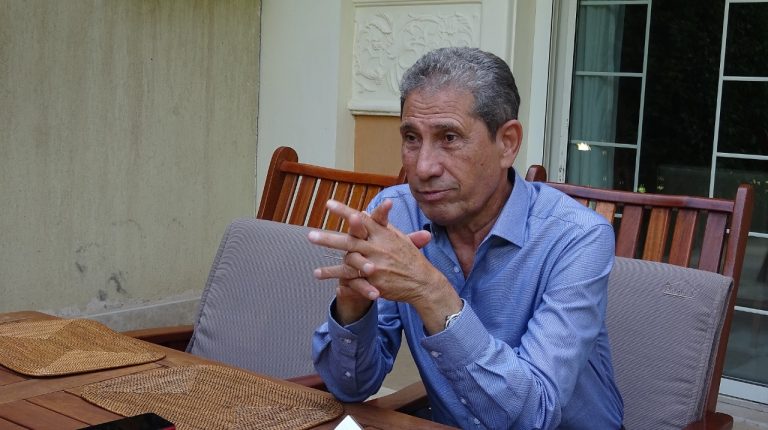 The 6 October War in 1973 was the starting point at which lands occupied by Israel in 1967 began to be reclaimed. Two hours after the start of the Egyptian army’s attack, orders were issued to Captain Osama Al-Manduh, assigning him a mission, entitled “Lotfi”, in the strategic area of central Sinai to monitor the enemy’s movement there. He was to be accompanied by wireless corporal Fathi Abdel-Hadi and Bedouin Sheikh Badawy Hassaballah, with the mission not to exceed nine days.

With a helicopter, they flew at a low altitude. The three climbed to the highest mountain point and chose a suitable place where they could see what was happening at the Al-Maiz Airport of Israeli army and the middle road near the runways.

With only EGP 90 and a quantity of food and drink to last them for nine days, the mission continued for six full months, due to the flood of information that Al-Manduh sent to the leadership.

This information was critical in revealing the Israeli army’s movements in light of the continuing battle. The mission was one of the keys to the great October victory.

As the years passed, Captain Al-Manduh, now Major General, moved to diplomatic work as a consul for Egypt in Israel. During this tour, he confronted most of the leaders whom he fought against in the 1973 war, although this time it was in the diplomatic battlegrounds. He later went on to serve in Egypt’s General Intelligence Service (GIS) until 2012.

How was the Armed Forces’ psychological condition following the defeat in the Six Day War of June 1967?

It was a short period of frustration, but the army quickly recovered, especially since we did not fight in 1967. Late President Gamal Abdel Nasser stepped down, causing a shock throughout the Armed Forces, because we [Egyptians] are an emotional people. After his [Nasser’s] return, reassurance returned. When he died, the same thing happened, and on this day, we raised the degree of readiness to the highest level. The army was occupied by one thing, which is the liberation of the occupied land [Sinai].

Was it difficult to achieve the accomplishments of the October war?

It was not only difficult, but impossible, given the water barrier and the fortifications east of the Suez Canal, and our capacity was limited and our capabilities were weak. We must give our salutations to the leader Anwar Sadat.

Can we summarise the reasons for the 1967 defeat?

Analysing military defeats requires large committees, and it is not simple. The Egyptian army in 1967 was not prepared to fight, having previously been exhausted in side battles, including the Yemen war, and we adopted its propaganda without support. There was no infrastructure for it in the state on which it could achieve victory.

What were the lessons learned from Operation Lotfi?

Operation Lotfi showed the real strength of the Egyptian soldier, and how he can endure all circumstances, obstacles and dangers. One of the side effects of the operation is that 15 years following the October 1973 victory, I moved to work in Israel as a diplomat.

Do you intend to record other experiences such as those in your book, Behind Enemy Lines?

In my next book, A Warrior in the Battle of Peace, I talk about my efforts in the battle of peace. After the October 1973 victory, I worked as a general consul for Egypt in Israel. I am currently working on recording my experience in this book, and it will contain all my conversations with Israeli leaders. 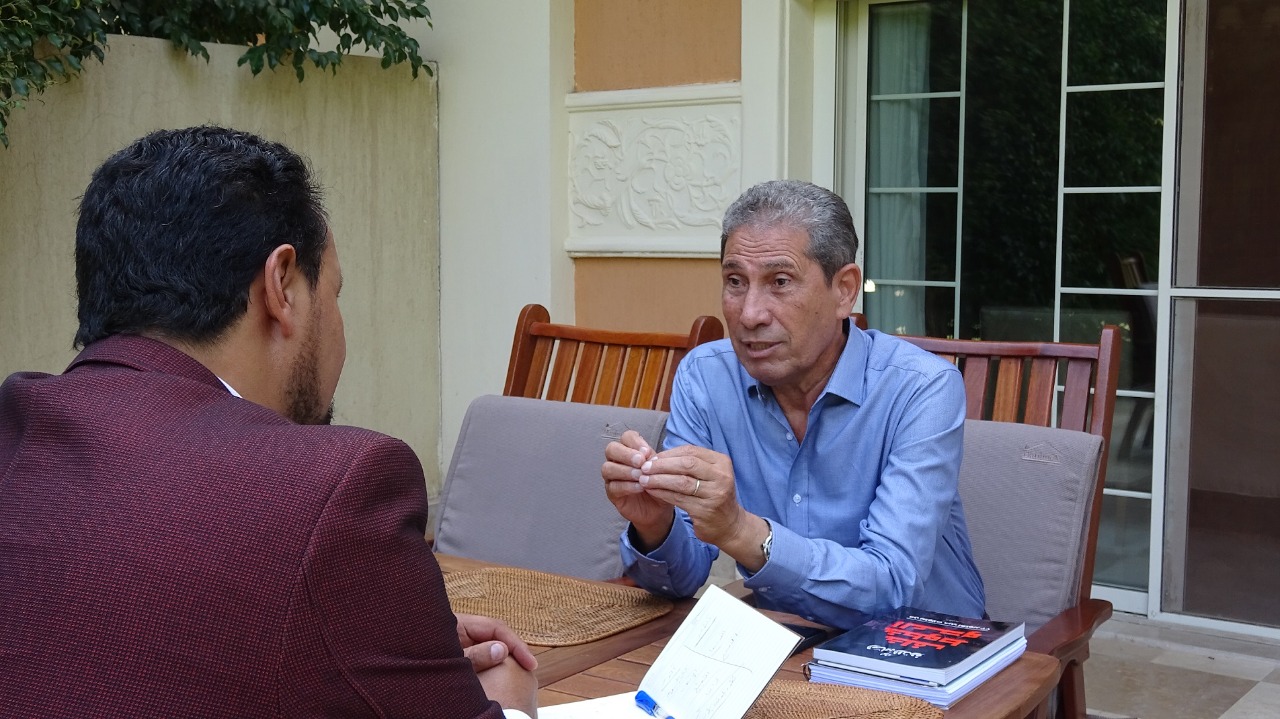 You worked in Israel for several years. How do you view Israeli Prime Minister Benjamin Netanyahu?

Netanyahu is locked into old convictions and is asking for endless guarantees. He told me that Israel has solved its problems with Egypt, and will solve its problems with Jordan, Syria, and Lebanon, and this is how the matter ends. He always was fully convinced that the Israelis have simply returned to the West Bank, rather than occupying it. He is a student of Yitzhak Shamir and Menachem Begin whose beliefs said that God gave them the state from the river to the sea, and that the West Bank is not the land of its occupier. This conviction is shared by a large number of leaders in Israel.

What are your reflections on the Palestinian issue?

Given the attempts of President Sadat after the October victory, which caused an earthquake in the Israeli mentality, and following the Likud Party’s coming to power in May 1977, it became entrenched in the minds of Begin and his colleagues that there was a need to make peace with Egypt. It was on this basis that Sadat was invited to visit Jerusalem in November of the year, less than six months after Begin’s taking office.

Sadat’s efforts came to fruition with the signing of the Camp David Accords in November, then the Peace Agreement in March 1979. He attempted to attract Arab parties to the negotiating table, with the aim of nullifying Israel’s argument, which came in addition to threats to security on the eastern front. Unfortunately the leaders of the confrontation countries, namely Iraq and Syria, did not take advantage of the opportunity and steadfastly boycotted Egypt, despite the October victory.

Have the Arabs harmed the Palestinian Cause?

Unfortunately yes, the Arabs have harmed the Palestinian Cause. One of the most severely damaging moves on the Arab part was former Iraqi President Saddam Hussein’s 1990 occupation of Kuwait.

I always call Israel “the lucky Israel”, as I was in Israel when Hussein started firing blank rockets at the country. Despite their being blanks and not causing any losses, the rockets still caused horror, because it emptied Tel Aviv of its population.

Do you see any hope for peace between Palestine and Israel?

We need an Israeli leader who has the ability and the will to achieve peace with the Palestinians, and those two attributes have not been present in anyone except for Yitzhak Rabin.

Rabin was the only one who had the ability and will, and that is why he was assassinated. After his election, Egypt was his first foreign visit after the formation of the government in June 1992. This was followed by a visit to the US, where he made a promise to leave the occupied Golan Heights, under the slogan of the depth of the withdrawal coinciding with the depth of normalisation. In 1993, he signed the Oslo agreement with [former Palestinian leader Yasser] Arafat, which was followed by the Wadi Araba agreement with Jordan.

Feeling endangered, the Israeli right took a decision to stop this wave of agreements, which was one of the reasons for Rabin’s assassination. I will not forget Shamir’s comment when Rabin signed the agreement with Arafat, where he indicated that Rabin was short of breath and therefore agreed to the conditions of the Palestinians. The incitement continued, and with his death at the hands of Yigal Amir, the peace process died.

What has US President Donald Trump done for the Palestinian Cause?

President Trump has destroyed the Palestinian issue and eliminated it by proposing the “deal of the century” project. He broke away from the main viewpoint on this, and moved to bring Israel closer to other countries, and he was the first to seek an agreement between the Palestinians and the Israelis. But the rights of peoples are not lost by a statute of limitations, and Egypt paid the most precious price for the Palestinian Cause.

Would the situation change if Trump lost the upcoming elections in November?

No, it will not change much for the Palestinians, as Israel has the skill to influence any US leader, and Trump has taken an obstinate stance on the Palestinian issue to obtain the votes of the Jews.

Did Israel rule out the option of a military confrontation after October 1973?

The Egyptian-Israeli peace treaty has the full support of both sides, the Egyptian and the Israeli, but we are building our military strength as a force of deterrence. I must say it explicitly, that weakness is a call for aggression. Neither Israel nor Turkey can confront Egypt militarily, especially since our Armed Forces have their doctrine of combat, as well as the military expertise and capabilities to enter any battle. 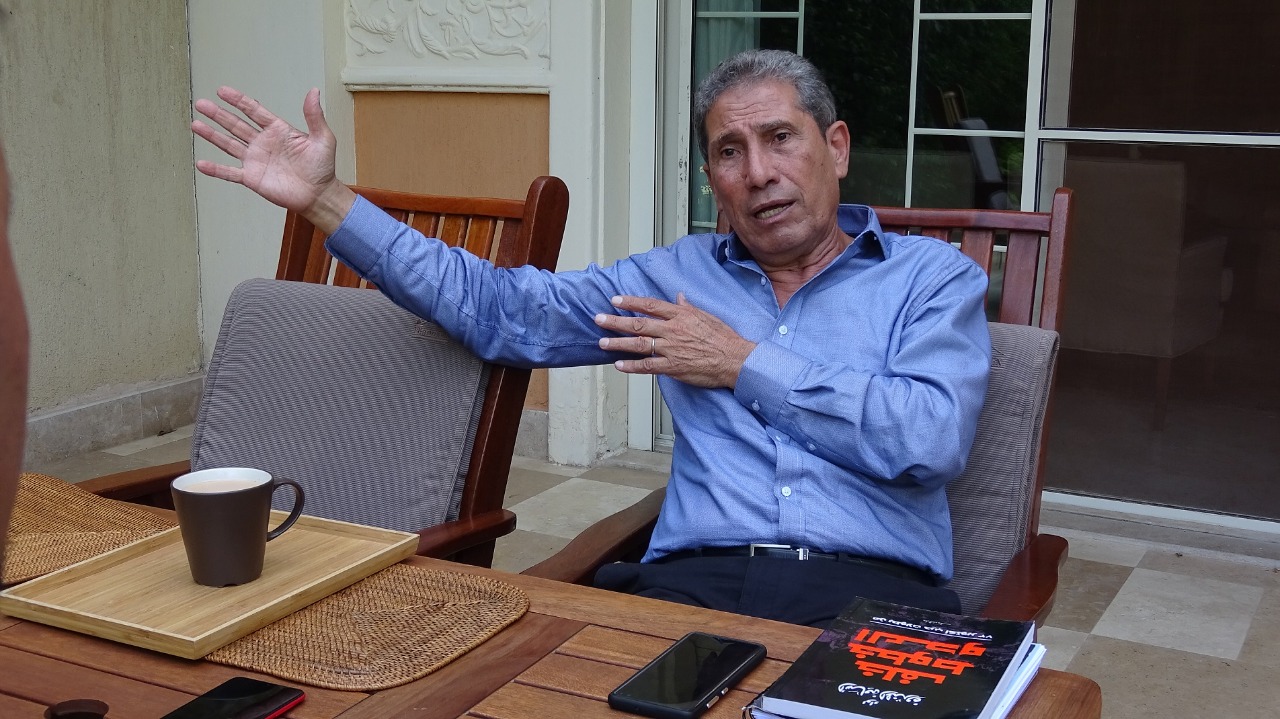 Why has the war on terrorism become so prolonged?

Are there benchmarks by which we can monitor our progress in eliminating terrorism?

We can talk about significant evidence. About two or three years ago, we were hearing about operations every day, but this is now happening at long intervals. However, as long as the world does not pressure countries that sponsor terrorism, such as Qatar and Turkey, terrorism will not end.

Has national security been affected by post-25 January Revolution events?

We are still suffering from the effects of the 2011 to 2013 incidents, and unfortunately, Turkey would not have been able to raise its voice without those events. Let us remember, that until 2010, Turkey had no role in the region. We have, however, regained the reins, and set red lines to protect ourselves and stability in Egypt. We have never been a people who love wars, but we do not abandon our rights.

Why is national security so hard to define, and what is it exactly?

Our problem in Egypt is that there are many intellectuals and few specialists. After the setback of 1967, we suffered from those who talk without knowledge, as voices appeared that put plans to end the occupation, although they had never served in the armed forces.

National security is everything that threatens the interests and security of Egypt and everything that affects the elements of state power, the first of which is the Egyptian people. The presence of a well-educated Egyptian person who is healthy and has high morale, as well as optimism for the future that features a strong economy and social cohesion, are all some of the most important factors of national security.