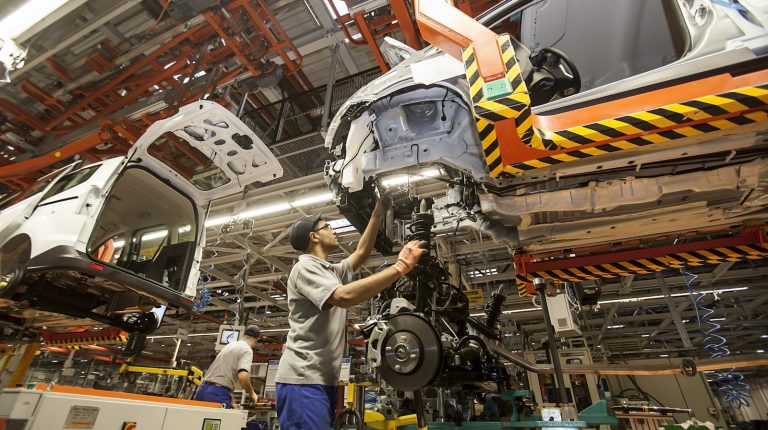 Amendments to certain categories of Egypt’s customs duties were recently made, following President Abdel Fattah Al-Sisi’s ratification of Decree No 549 of 2020.

The decision stipulates that if the local component percentage reaches 10% or more, the imported components are subject to a maximum 90% import tax.

It stated that the local manufacturing incentives are calculated on the basis of the percentage of the assembly line in each complementary industry separately, and it is up to the Minister of Trade and Industry to issue that decision.

Ali Tawfik, Chairperson of the Egyptian Auto Feeders Association (EAFA), said that the decline in the local auto production market during the recent period reduces the production of auto feeder factories. He pointed out that the car market is divided between an imported market and a local market, with local production falling to less than 40% of the market size from 2016 onwards.

Tawfik added that it is necessary to start expanding the car market for local assembly through several facilities and advantages for auto company owners. Among these privileges, this may contribute to the production of the largest cars, and ensure that all taxis are locally produced.

The state would also take steps to provide instalment programmes and privileges for employees with the Ministries of Defence and Interior. This would take place in addition to banks offering further facilities for domestic auto production, which may encourage vehicle purchases.

He pointed out that the car market will not benefit greatly from the decision taken by President Al-Sisi without considering increasing production. He explained that it was necessary to consult workers in the auto industry before making this decision.

Tawfik made note of several facts relating to the percentages of local components in locally assembled cars. The local component percentage for passenger cars is 45%, while it stands at 60% for commercial vehicles, with a ministerial decision issued later that set the share of the assembly and painting at 28% of the total percentage.

As a result, the actual local component percentage is 17%, which was determined by former Minister of Industry and Trade Tarek Kabil.

Tawfik added that Kabil was the first to take steps towards disclosure and frankness, setting the percentage at 28% and decreased annually by 1% in exchange for the increase in the local components. It would need about 17 years for local components to reach the internationally accepted percentage. Kabil’s move was cancelled by his successor Amr Nassar.

With a worldwide shift towards clean energy, the traditional auto industry is slowly running out of fuel. If Egypt wants to work in the traditional auto industry, Tawfik said, the state must announce its adoption of a project to produce and export at least 200,000 cars from Egypt. At the same time, the government should also provide the needed incentives for investors.

Al-Amal Company Chairperson Amr Soleiman said that the state’s decision was put in place to ensure a stronger local industry, with the decision put into effect gradually in the automotive sector.

Soleiman added that the 60% percentage is difficult to reach in the locally assembled commercial vehicles, so the car market instead focuses on the passenger cars (45%) to benefit from the incentives.

He called on the state to focus on gas and electric fuelled cars, particularly since Egypt has an abundance of natural gas. With several new reservoirs of the natural resource recently discovered, this ensures that converting cars to work with gas as an alternative to traditional gasoline is especially necessary.

Electric vehicle expert Ahmed Zain said that the companies were looking to obtain incentives to reduce customs on the components of charging stations. The decision taken by the President is a good step for electric car production, particularly as Egypt is set to see an expansion in electrical stations available during the coming period.

Zain added that the decrease in customs duties for electric vehicle charging stations to 2% represents a significant step, as more than 30% of car importing costs were paid in customs.

He added that assembling EV charging stations in Egypt, rather than importing them, saves the investor as much as 50% of the station’s price, which supports the experience of EV in Egypt.

Zain also said that investors faced many problems due to the lack of tariffs on electric cars, including there being no fee for establishing electrical stations. This has prevented the number of investors looking to establish such stations relatively low.

Ayman Mohamed, Director of Business Development at Electrified, said that President Al-Sisi’s decision was made in the interest of EV production, but it came at the expense of renewable energy stations which will now pay customs duties for their imported equipments after they were customs-free.

Mohamed added that the presidential decision will attract investors to establish EV charging stations in the coming period, and represents a good step for electric cars.

He emphasised that the most prominent obstacle for EV in Egypt is their licensing, as the Egyptian Traffic Authority only grants one-month renewable licence for EVs. In the event that one-year renewable licenses are granted, it will be positively reflected on the sales of EVs in Egypt.

Mohamed said that it is necessary to define charging tariffs according to European or US standards. There is also a need to use smart networks in addition to conducting quality tests on all types of chargers before using them to ensure that they work efficiently in Egypt’s different weather conditions, in order to preserve the safety of users.

Tawfik asserted that the Egyptian government’s decision to reduce customs duties on passenger cars with a local component percentage of 60% is very difficult. This is particularly as factory production in Egypt is currently low, with the closest to this percentage currently in place at a major factories standing at about 55%.