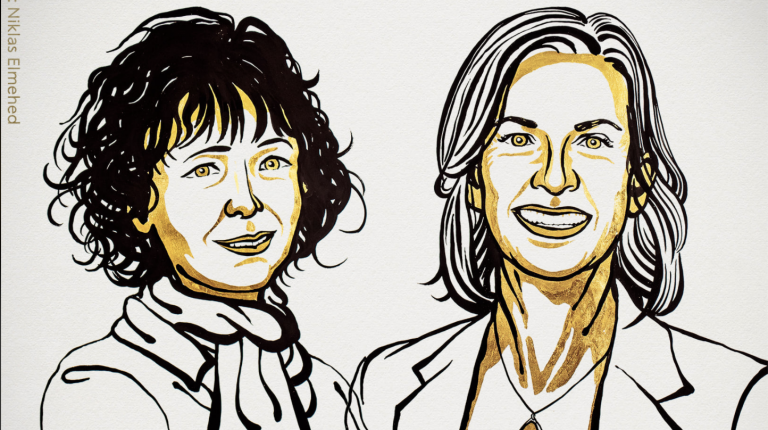 The Royal Swedish Academy of Sciences awarded the 2020 Nobel Prize in Chemistry to Professor Emmanuelle Charpentier of the Germany’s Max Planck Unit for the Science of Pathogens, and Professor Jennifer Doudna of the US University of California in Berkeley.

The two scientists were honoured for their work in developing a method for genome editing, commonly called CRISPR/Cas9 genetic scissors, in 2012. The innovative technique enabled researchers to change the DNA of animals, plants and microorganisms, with extremely high precision.

With a revolutionary impact on the life sciences, the method has contributed to new cancer therapies and curing inherited diseases. Using the CRISPR/Cas9 genetic scissor, it is now possible to change the code of life over the course of a few weeks. It has also allowed researchers to develop crops that withstand mould, pests, and drought.