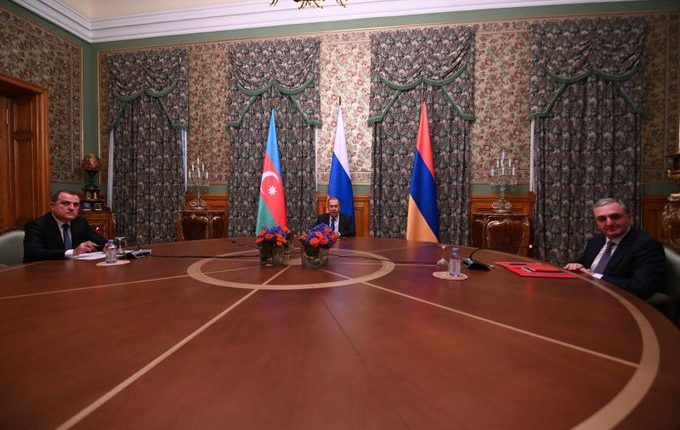 Armenia and Azerbaijan accused each other, on Saturday, of violating the ceasefire brokered by Russia in Nagorno-Karabakh conflict region.

The two former Soviet republics agreed on a temporary ceasefire starting Saturday during which they would exchange prisoners. The truce would also allow them to recover the bodies of those killed in the fighting that entered its second week in the disputed region.

Armenian forces in the disputed region “alleged that Azeri forces launched a new offensive five minutes after the truce took hold,” according to Reuters.

Russia’s Foreign Minister Sergei Lavrov announced, late on Friday, that a truce had been reached following high-level talks in Moscow between the Ministers of Foreign Affairs from Russia, Armenia, and Azerbaijan.

“A ceasefire was declared to begin on 10 October at 12:00, with the humanitarian aim of exchanging prisoners of war and other captured persons, as well as to exchange bodies of victims, with the facilitation of the International Committee of the Red Cross and in line with its regulations,” Russia’s TASS news agency quoted Lavrov.

Azerbaijan and Armenia “agreed to begin practical talks with the mediation of the OSCE Minsk Group representatives on the peace settlement in Nagorno-Karabakh,” he added, citing the signed document.

The Armenian authorities in the Nagorno-Karabakh region said that more than 300 of their soldiers were killed in the fighting. Azerbaijan has not revealed the number of deaths among its forces.

Hundreds have been killed since the fierce fighting erupted late in September in the disputed region. Armenia and Azerbaijan have exchanged accusations against each other relating to who caused the latest bloody confrontations between the two sides.