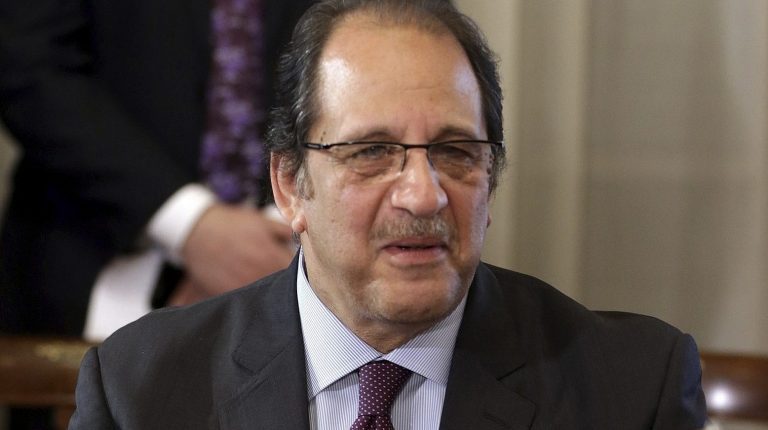 Egypt’s General Intelligence Service (GIS) Head, Abbas Kamel, has called for a “Libyan-Libyan” solution to the country’s crisis, without any external interference.

Kamel’s remarks came during a new round of negotiations between Libya’s rivals currently held in Cairo.

The meeting is taking place under the auspices of the United Nations (UN), with representatives from the Libyan Parliament and the High Council of State also participating. Also present at the meeting are members of Libya’s Constitutional Commission.

The focus is to discuss a constitutional path to solve the crisis in Libya, as well as a draft constitution, and the presidential and parliamentary elections.

During the talks, Ismael Al-Sherif, Head of the Libyan Parliament delegation, said, “We seek to agree on a constitutional basis that enables the Libyan people to elect a new parliament and head of state.”

During a speech, Al-Sherif added that the state must have a full control over the military and police institutions in the country.

In the same context, Stephanie Williams, Acting Special Representative of the UN Secretary-General and Head of the United Nations Support Mission in Libya (UNSMIL), announced the resumption of inclusive intra-Libyan talks.

She added that the Libyan Political Dialogue Forum (LPDF) will be held according to a hybrid formula, through a series of virtual sessions as well as face-to-face meetings.

“In these challenging times, UNSMIL is deeply grateful to the government of the Republic of Tunisia for hosting the first face-to-face meeting of the LPDF in early November, following the preparatory virtual consultations,” she added.

The LPDF’s overall objective will be to generate consensus on a unified governance framework and arrangements that will lead to national elections in the shortest possible timeframe. This will aim to restore Libya’s sovereignty and the democratic legitimacy of the country’s institutions.

The decision to convene an expanded and inclusive LPDF follows weeks of extensive engagement with key Libyan and international stakeholders. The forum will be based on the progress and the consensual views emerging from the recent consultations among Libyans, including the Montreux recommendations and the understandings reached in the Moroccan town of Bouznika and Cairo.

The LPDF will also build upon extensive consultations held as part of the National Conference Process. This highlighted the shared Libyan demand for: an end to the transitional period; the holding of national elections; and, the establishment of an effective executive body that can provide basic services to the Libyan people.

Participants in the LPDF will be drawn from key Libyan constituencies, based on the principles of inclusivity, fair geographic, ethnic, political, tribal, and social representation. It will maintain a firm commitment to the meaningful participation of Libyan women and youth.

UNSMIL said it will strive to ensure broad consultations, transparency, and a rights-based approach during the Libyan-led and -owned process, in which multiple voices will be heard.

In advance of the in-person political talks in Tunisia, UNSMIL said it will convene LPDF participants through preparatory virtual meetings, starting on 26 October.