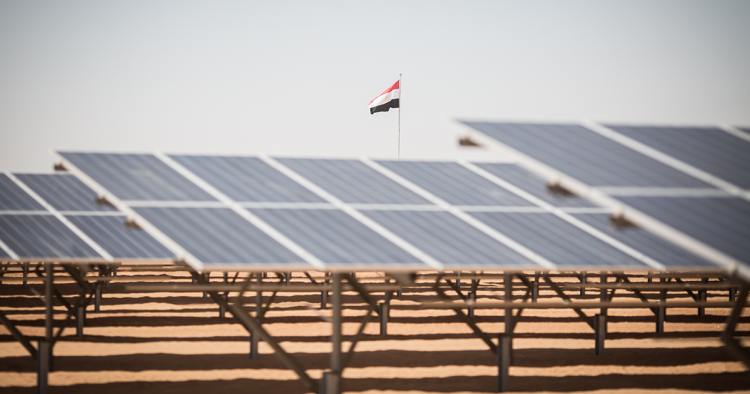 In recent months, the Middle East region has been affected by a confluence of two major shocks, the novel coronavirus (COVID-19) pandemic and the collapse of oil prices.

The latter, combined with the pandemic, lockdowns, and supply chain disruptions, has resulted in the lowest oil demand in history. Due to the commensurate low prices, multinational companies have hit the pause button on their investment targets region-wide.

The note added that Egypt’s previous reforms and substantial international reserves will alleviate some of the impacts of COVID-19 and the collapse of oil prices on the country’s credit rating.

Experts predict capital outflows can be filled by foreign currency liquidity in the short run.

Fahmy noted that, after dropping from $45bn at the end of February to $36bn in May, foreign reserves bounced back slightly to $38bn in June. They then remained around that level in July and into August.

He added that prior to the shocks of early 2020, Egypt had made great strides on the macroeconomic front. With the aim of preserving this growth as much as possible, the government has put forward numerous measures, including introducing a comprehensive economic stimulus package of EGP100bn (equivalent to $6.4bn, or 1.6% of GDP) in March.

A EGP 10bn ($640m) extension was also approved by the country’s House of Representatives in late April. The research note added that Egypt continues to embrace successful reforms, as demonstrated in its relationship with the International Monetary Fund (IMF).

It said that Egypt has secured two loan agreements worth a total of $8bn from the IMF, namely a rapid finance instrument worth $2.8bn, and the standby agreement mentioned worth $5.2bn. Both agreements have helped shore up foreign reserves for the first time in four months, since the start of the COVID-19 pandemic and its effects on the local economy.

“Investor confidence has also been stirred, with the government selling unprecedented Eurobonds and T-bills [Treasury bills] to foreign investors,” the MEI said. “Combined, this has also resulted in the Egyptian pound reversing its previous trend of depreciation.”

With the energy sector at the helm, Egypt has navigated its way through a difficult and fruitful economic transformation, but it has yet to reach its final destination, the note said.

Further reform and adaptation are on the horizon and are essential for Egypt’s future success.

“It is difficult to determine exactly what the world and Egypt will look like in the face of COVID-19’s ‘new normal’, but it is safe to say that the lights are not likely to go out anytime soon,” the research note added.

It also said that, while Egypt has become efficient in energy generation, further reform is required in its transmission and distribution capabilities.

“Outdated transmission and distribution networks continue to cause interruptions, and to resolve this issue, the government has invested EGP 25bn ($1.6bn) between 2019 and 2020, and is also planning on spending EGP 12bn ($760m) during the current fiscal year (FY),” the research note added. “The government and private sector are updating the national grid by increasing transmission lines, replacing overhead lines with underground cables, and extending lines to new areas of the country.”

Updates to the national grid will improve the transmission and distribution of electricity for Egyptians. The government, with the help of the private sector, plans on taking the updates a step further, by creating smart grids that incorporate digital technology with the existing traditional electrical system.

Smart grids will maximise efficiency by allowing energy to be stored, and as a result providing the opportunity for renewable energy to be better used. The smart grid will also provide greater reliability and personalisation for consumers, with individual smart meters in place where energy use can be tracked and regulated.

The research note highlighted that Egypt plays a vital role in global energy transit, as it operates the Suez Canal and the Suez Mediterranean (SUMED) Pipeline. These are strategic routes for crude oil coming from the Persian Gulf, as well as petroleum products, and liquefied natural gas (LNG) shipments to Europe and North America.

“Aside from the Suez Canal and SUMED, Egypt’s energy infrastructure enhances its position as an energy hub with its two gas liquefaction terminals in Idku and Damietta, from which it exports gas shipments to global markets,” the research note said, “Further infrastructure includes 19 petroleum terminals along the Mediterranean and Gulf of Suez, 29 treatment facilities, and one floating storage regasification unit.”

The research note also talked about oil and gas, calling it one of the most dynamic industries in Egypt. Hydrocarbon production is the largest single industry in the country, representing around 12% of GDP in 2019. It mentioned that outside of the OPEC countries, Egypt is the largest oil producer in Africa and one of the largest natural gas producers on the continent.

The most influential reform implemented was the opening of the previously government-controlled natural gas industry to the private sector, which resulted in market liberalisation and increased competition.

The research note highlighted the potential of Egypt’s solar energy, with the country recognised for its sunny weather which has long enticed stakeholders. Due to the historic expensiveness of solar infrastructure, Egypt has had to mainly rely on fossil fuels to power its cities. With the price of solar components decreasing in recent years, Egypt looks to greatly boost its power production from renewable sources.

The Benban Solar Park, Egypt’s flagship solar mega-project, consists of more than 32 solar projects across 36 sqm of Egyptian desert in the Aswan Governorate. It is led by the private sector, and has attracted over $2bn in investments.

Once fully operational, the project will generate over 2,000 MW of power, lighting up about one million homes and businesses, and is set to cut carbon emissions by two million tonnes per year. The first phase of the park was inaugurated in February.

Egypt’s efforts to achieve its renewable energy goals are also illustrated by the Kom Ombo power plant, another solar project currently in progress in Aswan. The plant will consist of double-sided solar panels, and construction is expected to be completed in early 2021. Once operational, it will meet the electricity needs of 130,000 homes.

Egypt also has abundant wind power resources, especially in the Gulf of Suez and the Nile Valley. The country has increased its total wind power generation capacity through the Zafarana, Gebel el-Zeit, and Hurghada wind farms.

Construction on the new West Bakr wind power plant in the Gulf of Suez began earlier this year. It is expected to produce 250 MW of power and increase wind capacity by 18%. The wind farm is being built in cooperation with Lekela Egypt and is planned to begin operating in 2021.

Egypt is in need of substantial additional power capacity. Although its capacity has increased greatly in recent years, the country may require up to 100 GW of new power over the next 15 years to keep up with its growing population and economic growth.

The success of the Benban solar complex shows Egypt’s commitment to energy diversification, but renewable energy still accounts for less than 10% of overall installed capacity. With the government’s goal to source 42% of power from renewables by 2035, solar and wind capacity needs to be greatly expanded.