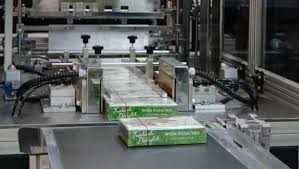 Prime Holding announced, on Sunday, that it has successfully managed Al Saidy Tobacco’s acquisition of International Tobacco, an Americana Egypt subsidiary and producer of the brand ElHennawi Tobacco.

Prime acted as the seller’s exclusive financial advisor, and executed the transaction on the Egyptian Exchange (EGX).

Hamada El-Far, Al Saidy Tobacco’s Chairperson and CEO, said, “This deal represents a strong addition to our company, as International Tobacco has a solid business model and strong capabilities in the production and distribution of its wide product range, which meets the diverse customer tastes.”

He added, “We look forward to creating synergies capitalising on International Tobacco’s portfolio and capabilities with our operation to create value in the coming period.”

Shireen Al Kady, Executive Chairperson of Prime Holding, said, “This transaction reflects the commitment of Prime’s teams and their high level of experience and professionalism, especially our teams at Prime Securities and Prime Capital in this particular deal.”

Al Kady also said, “Challenging the status quo has been and remains our mode of operation to offer unconditional commitment to our clients.”

Hussein Abdel Halim, CEO of Prime Capital, said that the acquisition is another landmark in the company’s track record of mergers and acquisitions. It falls in line with Prime Capital’s strategy of fortifying its strong presence, especially when it comes to defensive industries.