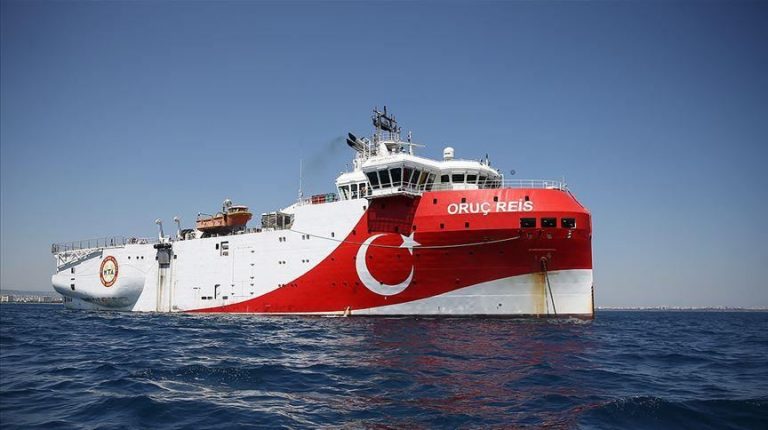 Greece Ministry of Foreign Affairs has condemned the Turkish move to redeploy its Oruc Reis seismic exploration vessel to the Eastern Mediterranean.

Athens has considered the Turkish move as a “direct threat to peace and security in the region.”

In a statement on Monday, Greece accused Turkey of its unreliability, and “not sincerely desiring dialogue.” It also said that the Turkish move confirms “its role as the prime factor for instability and violation of international legality in the region, from Libya to the Aegean and Cyprus, Syria, Iraq, and now Nagorno-Karabakh.”

Early on Monday, Ankara announced that it was sending the Oruc Reis back to the Eastern Mediterranean to carry out a seismic survey in the region south of the Greek island of Kastellorizo. The Turkish ship is set to remain in the area over the next 10 days, together with two other vessels, the Ataman and Cengiz Han.

The ship is designed to undertake geological, geophysical, hydrographic, and oceanographic surveys, according to the Turkish statement.

Greece called on Turkey to “immediately reverse its decision,” and stop actions that “undermine peace and security in the region.”

The Turkish move comes only days after a meeting between Greece’s and Turkey’s Ministers of Foreign Affairs, during which the two sides committed to continue talks over the disputed points.

The meeting was initiated by the North Atlantic Treaty Organization (NATO), which called on both sides to continue dialogue. Germany is also exerting its own diplomatic efforts to help defuse tensions between the two sides.

In mid-September, the Oruc Reis research vessel returned to the Turkish port of Antalya, to provide an opportunity for a diplomatic resolution to the eastern Mediterranean spat between Greece and Turkey during an EU summit.

The EU had threatened to impose sanctions on Ankara, in a move which was firmly rejected by Turkey. In response, the country decided to resume operations in the eastern Mediterranean ignoring the EU warning.

Conflicts between Ankara and Athens have re-erupted in recent months, after both countries took steps in demarcating their respective maritime borders. Both countries accuse the other of violating the borders.

The main conflict is due to the region’s gas resources, which have also attracted the attention of Cyprus, Israel, and Egypt, with the aim of making the Eastern Mediterranean a regional energy hub for the strategic resource.