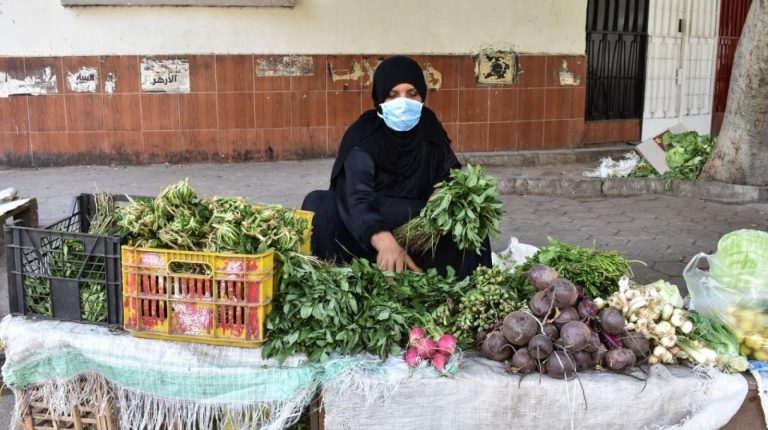 Egyptian families are generally optimistic about their future income, despite the effects of the novel coronavirus (COVID-19) on the local economy, according to the Central Agency for Public Mobilization and Statistics (CAPMAS).

The Agency issued, on Monday, the second edition of its survey about the impacts of the pandemic on the lives of Egyptian families. The survey aims to identify the most important effects that have resulted from the government-imposed precautionary measures against the virus.

The study also revealed the reasons for the optimism among families about their income. A total of 45.3% of respondents believe that the end of the crisis will be followed by the easing of precautionary measures.

According to the study, about half of the families who took part in the survey indicated that they borrowed from others in the event of insufficient income to meet their needs. The reliance on charitable aid decreased, reaching 13.7% in the third period compared to 17.3% during the first period, a decrease of 3.6%.

Moreover, the survey revealed that the majority of families, or 98.4%, are fully aware of coronavirus symptoms, with the figure slightly higher in urban areas at 98.9%, compared to the 98.1% recorded in rural areas. The overall percentage improved by about 2.1% compared to the first edition of the survey.

It also showed that 54.9% of the total employed individuals had a change in their working condition, with the percentage increasing slightly in urban areas to 58.4% compared to 52.2% in the countryside. The data highlights that the total percentage decreased by about 7% compared to the first edition, reflecting a slight improvement.

Regarding the most important commodities that families reported a decrease in their consumption, the study found that the most affected commodities are fruits at 14.5% in the first period and 5.0% in the third period, a decrease of 9.5%.

This was followed by poultry, whose consumption decreased by 22.8% in the first period and 14.4% in the third period, reflecting a decrease of 8.4%. Using public transportation was also affected but the decrease rate improved as well, which indicates that families are returning to normal consumption patterns.

On the other hand, some commodities witnessed an increase in consumption during the pandemic, such as rice. However, this increase slowed down gradually according to participants. Households that reported an increase in rice consumption decreased from 7% in the first period to 3.3% in the second period and 2.0% in the third period, reflecting a decrease of 5.0%. Similarly, edible oils and legumes consumption saw a decrease of 6.2% and 3.8%, respectively, over the time period. This is a remarkable improvement.

The study revealed a continued increase in the household consumption of some non-food commodities, most notably related to medical devices, gloves, and masks. These saw an increased consumption from 46.5% in the first period to 69.3% in the second period and 72.2% in the third period.

There was also a 5.5% increase, over the time period, in the number of families who reported on their consumption of detergents and disinfectants. This indicates the increased awareness among families of the dangers related to the coronavirus, and their keenness to follow precautionary measures to prevent infection.