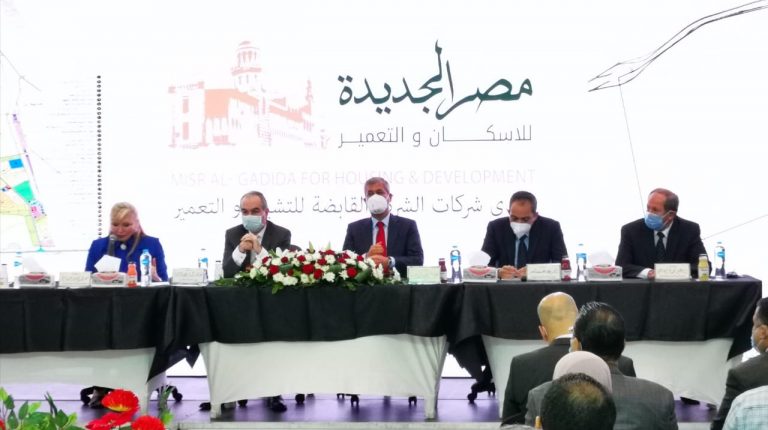 Tamer Nasser, Managing Director and CEO of the Heliopolis Company for Housing and Development (HHD), revealed that they care close to securing the required funding to implement the projects scheduled in the first year of its five-year development plan.

HHD is in the process of signing bank financing contracts with at least four or five banks working in the Egyptian market, to ensure the company has the full financing required for the development plan’s first year.

Nasser added that his company will also shortly complete the procedures for selling 240 feddan in the north part of the New Heliopolis city.

Sahar El Damaty, Managing Director of Financial Affairs at HHD, said the company will finance the development plan in the next few years using several other mechanisms. These include increasing the company’s capital and offering bonds convertible to shares, in addition to the proceeds from the sale of its real estate projects units.

Moreover, HHD Chairperson Khaled Zakaria said that the development plan is focused on five main pathways. The first will see the development of New Heliopolis, where self-development work will be carried out for distinct areas of ​​about 400 feddan, in addition to offering 500 feddan of one or two plots with real estate developers. All infrastructure projects and utilities for the areas will be developed and completed before mid-2021.

The second pathway will focus on the development of Helio Park, on an area of ​​1,695 feddan. Negotiations are currently underway with a group of real estate developers to develop an area ranging between 1,000 to 1,200 feddan. The development of the project is expected to be completed by the end of 2021.

The third pathway aims to utilise real estate assets in the Heliopolis region, as the company plans to complete the revival and development work on Merryland, with operation scheduled to start during 2021.

The company is also in the process of finding investment opportunities for its Granada project, to achieve optimal use and its operation within a year.

The fourth pathway includes the provision of financial resources, with the fifth pathway focusing on the company’s restructuring process.