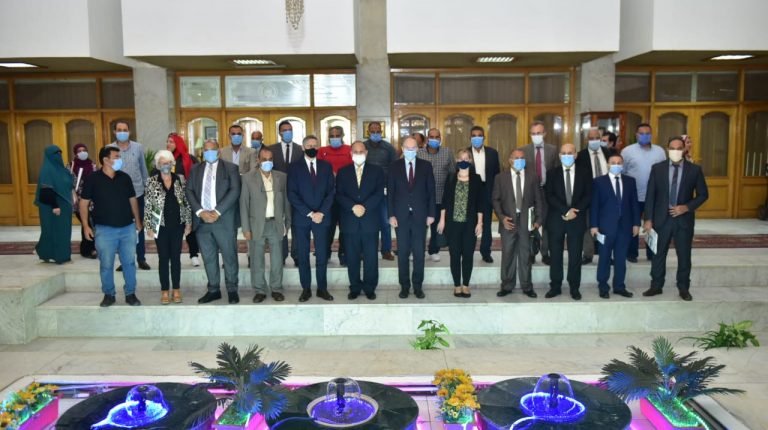 The financial support has gone towards equipment to improve the collection and transportation of waste, self-pressuring trailers, and loaders, in addition to implementing infrastructure projects. These include the construction of four intermediate stations in Dayrout, Abu Tig, Abnoub, and Manfalut cities, as well as the construction of a waste recycling plant and a sanitary landfill site.

Fouad added that 60 projects to support the waste collection and recycling system have been implemented in the governorate to serve nearly 30,000 families. This has taken place through technical and equipment support  for the NGOs present in the governorate that collect waste.

In the meantime, a European delegation of the NSWMP’s partners in the projects, visited Assiut on Tuesday to follow up on the programme’s progress. The delegation included representatives from the European Commission (EC), the German Development Cooperation Office (GIZ) GmbH, the Swiss Agency for Development and Cooperation (SDC), and other European institutions.

During the visit, a meeting was held with NSWMP representatives in the governorate to review the programme’s projects. The visit also included laying the foundation stone for two intermediate stations in Dayrout and Abu Tig.

The capacity of each station is expected to reach 160 tonnes per day, and is being implemented in cooperation with the Arab Organization for Industrialization (AOI), at a total cost of EGP 20m.

The NSWMP has an estimated cost of €77.9m, with the programme being implemented in four governorates in Egypt, namely Kafr El-Sheikh, Gharbeya, Qena, and Assiut. It aims to develop the municipal solid waste system in these governorates, and raise its efficiency.

The programme also provides technical support to those governorates and implementation of the main plans for managing the system. At the same time, it will follow up on the implementation of infrastructure projects, such as recycling plants, landfills and intermediate stations, as well as the operational plans for the equipment.