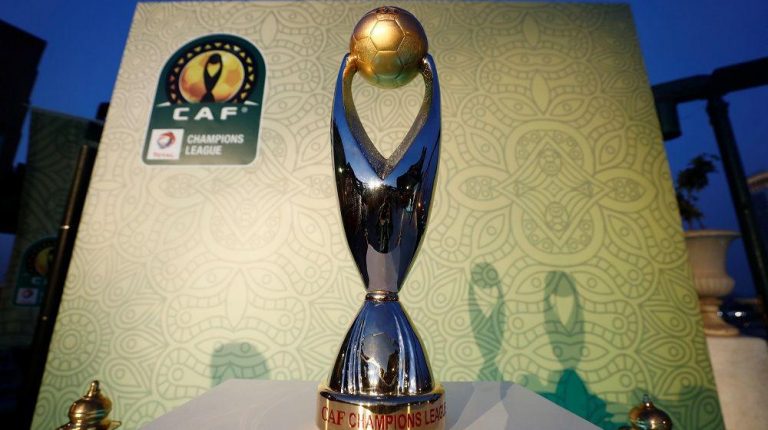 Cairo giant Al Ahly have arrived in Morocco where they will meet Wydad Casablanca in the first leg of CAF Champions League semi-final next Saturday.

Al Ahly’s South African coach Pitso Mosimane has played a series of manoeuvres over the status of winger Mahmoud Kahraba who remains a doubt for the match due to his injury.

Mosimane took Kahraba to Morocco, with the player undergoing an intensive treatment programme, under the supervision of Al Ahly team doctor Khaled Mahmoud, in the hopes that he will be able to play in the match.

The player picked up his injury during a league match against Pyramids FC on 11 October. The X-rays examination showed the injury to be severe, and despite the player’s situation being described as difficult, Mosimane is keen to include him in the Al Ahly squad for the semi-final game.

The Egyptian team has trained under strict precautionary measures, with Morocco reporting a high number of infections from the novel coronavirus (COVID-19) in recent days.

Tunisian left-back Ali Maloul also joined the team on Wednesday, after ending his participation with the Tunisian national team which has recently held a training camp. The Angolan Geraldo will also join Al Ahly in the coming hours.

At the same time, Al Ahly’s rivals Zamalek are also preparing for their clash with Raja Casablanca in the first leg of semi-finals in the same competition, scheduled for next Sunday in Morocco. The White Knights arrived in Morocco on Tuesday for training in the run-up to the match.

The club’s management promised large financial rewards for the players and coaching staff if they qualified to the final.

Zamalek witness strong competition in the goalkeeper position between Mohamed Abo Gabal and Mahmoud Genish. For the right winger position, the team is likely to field the duo Ahmed Eid and Hazem Imam, while Abdullah Gomaa and Mohamed Abdel Shafy will play on the left wing.

In the midfield, Zamalek will place Tarek Hamed and Mohamed Hassan, while Tunisian midfield Ferjani Sassi is absent due to being placed in quarantine due to suspicions he has the coronavirus. In attack line, the Egyptian team will place Mohamed Onajem, Youssef Obama, Ahmed Sayed Zizou, Moustafa Fathy, Kasongo, Mostafa Mohamed, and Omar Saeed. The only other player who it is confirmed will not play in the match, due injury, is Shikabala.

Meanwhile, Egypt’s Pyramids FC will also travel to Casablanca to play a difficult match against Guinean team, Horoya, in the CAF Confederation Cup semi-finals. The match is scheduled for next Tuesday at the Mohammed V Stadium in Casablanca. If Pyramids qualify, the Egyptian team will play in the final at the Moulay Abdellah Stadium in Rabat on 25 October.

The team is set to fly to Morocco on Thursday, where it has been confirmed that the international duo, Burkina Faso’s Eric Traore and Ivorian Wilfred Cannon, will join the team’s mission in Casablanca.

Pyramids’ Board of Directors has allocated huge financial rewards for the players if they win the championship. If they do, this will be the first African title in the club’s history, seeing them qualify to the CAF Super Cup.