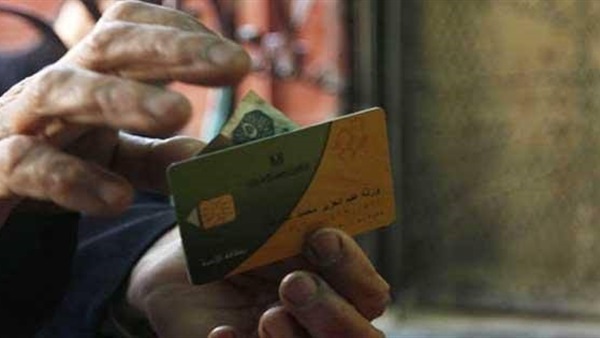 A total of 88.5% of Egyptian families are making use of the country’s food subsidy system, the Central Agency for Public Mobilization and Statistics (CAPMAS).

The agency released a press statement to mark the International Day for Eradication of Poverty, which is annually celebrated on 17 October since it was put in place by the United Nations (UN) General Assembly in 1993. The day aims to enhance awareness of reducing poverty and extreme poverty worldwide, especially in developing countries. This year’s celebration has been marked under the theme of “Acting together to achieve social and environmental justice for all.”

The Egyptian government has put in place a variety of fallbacks with which to protect the country’s poor and most vulnerable households, with the aim of improving the quality of life for citizens. These have also been designed to ensure a better standard in their economic, social, and environmental statuses.

A total of EGP 84.5bn has been given to subsidies food and bread in the fiscal year (FY) 2020/21 budget. This comes alongside EGP36.5 bn to support ration card goods for the 63.5 million beneficiaries, covering EGP 50 per month for each of the four individuals registered on the card, and EGP 25 per person per month if more than four individuals are registered on the card.

A total of EGP 42.6bn was provided in FY 2020/21 to support bread production for 65.3 million beneficiaries, covering five loaves per citizen per day, at a cost of EGP 3.2bn to the state in the difference of bread points.

A total of EGP 2.2bn was also assigned to support flour provision for 4.5 million individuals, coming in at 10kg of flour person/month.

The value of social housing programme increased from EGP 3.9bn in FY 2019/20 to EGP 5.7bn in FY 2020/21, a jump of EGP 1.8bn. This represents the cost to the state in terms of support for low-income beneficiaries of this programme, which aims to support a total of 120,000 housing units.

Launched in November 2017, the initiative aims to improve health indicators for households who receive a pension under the Takaful and Karama schemes in poor and underserved areas. The initiative also looks to reduce pollution and mortality rates for children under the age of five.

The EGP 103bn initiative was launched by the state to improve the quality of life for the neediest villages, especially in Upper Egypt.

A total of 143 villages were developed in 11 governorates, including 7 governorates in Upper Egypt, providing development to 3 million households, including 15 million individuals, which have benefited from the initiative. This comes in addition to the entry of 732,000 new households into the Takaful and Karama cash support programmes during the period from 1 January 2020 to date.

Protection of homeless children and adults

The programme was launched in 2017 covering 10 governorates, before expanding to include three new governorates. It covers those governorates that have reported the highest proportions of homeless children, providing funding of EGP 214m, and works to provide a decent standard of living to this segment of society.

The national programme aims to integrate them into society and modify their behaviour, enrolling children at the appropriate educational states, whilst setting up rehabilitation programmes for this segment. It has also set up educational programmes teaching them crafts, and helping them to find job opportunities after reaching the age of majority.

The state has poured much attention into informal employment. The Ministry of Manpower launched the Hemaya campaign to ensure this category achieves the appropriate registration, allocating EGP 100m to distribute ”safety” certificates to irregular workers across Egypt to ensure they can access a decent standard of living.

A grant of EGP 500 was distributed in three instalments, totalling EGP 1,500, to irregular workers affected by the novel coronavirus (COVID-19) pandemic. The programme cost the state a total of EGP 2.4bn.

Health care programmes for the disadvantaged

The government has increased financial support to those who have previously been unable to access medical services. This has come at an expense of EGP 10.6bn to the state, and continues the gradual implementation of the comprehensive health insurance system.

The health insurance system is also undergoing expansion across Egypt, at a total cost of EGP 865m to provide comprehensive health insurance support for those who hold social security but have been unable to access healthcare. An additional EGP 3,328m has also been provided to the Public Authority for Health Care.