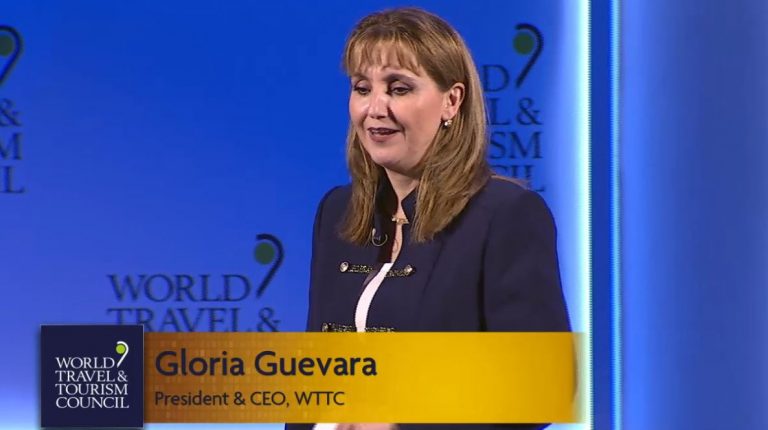 The World Travel & Tourism Council (WTTC) is to spearhead a major global drive to revive international travel, with the public and private sector working together on the matter.

The plan is designed to save the besieged Travel & Tourism sector, with as many as 100 million jobs likely to be saved globally.

The WTTC Jobs Recovery Plan could save 65 million jobs across all G20 countries alone. Regionally, the Asia Pacific region could save the most, with 45.8 million jobs, followed by the Americas with 20.2 million, and Europe with 19.9 million.

During the session, the WTTC and its members presented their plan to save the embattled Travel & Tourism sector. They explored key initiatives to deliver the sector’s prompt recovery, and save millions of lost jobs.

The WTTC intends to establish a structure to deliver on these goals, led by a global Steering Committee, comprised of 12 WTTC member CEOs, and other business and institutional leaders. The committee will work towards establishing an international consensus to take action.

The priorities and recommendations made by the Steering Committee will be passed onto functional working groups for action and delivery.

These specialised working groups will address how to open up travel, by creating crucial ‘air corridors’, and a globally recognised standard for an airport test and trace regime, amongst others.

In addition, a Government Affairs Working Group will liaise with individual governments, to ensure they have all the relevant data and information needed to support the WTTC’s efforts.

WTTC President & CEO Gloria Guevara said, “The WTTC is uniquely positioned to provide a platform at the highest level, where the private and public sector can work together to help revive international business and leisure travel and save 100 million jobs globally.”

She added, “What came out of the historic G20 meeting with international business leaders was a clear consensus that only cooperation at the highest level, and engagement with the public and private sectors, will achieve action.”

Guevara said that it is vital that ‘air corridors’ between the world’s leading financial hubs be restored, such as the hugely important transatlantic route between London and New York.

“Restoring these routes for international business travellers must be coupled with the agreement and adoption of globally recognised standards for a rapid, cost effective airport test and trace regime,” Guevara said, “Together these will help create a safe and hygienic environment to travel and aid the beleaguered Travel & Tourism sector, which continues its fight for survival.”

This in turn will act as an engine to help kick-start the economic global recovery to benefit the whole Travel & Tourism sector, she noted. Millions of jobs throughout the supply chain, which are dependent upon international travel, will also be saved.

“While I am encouraged by the unity and strength of purpose shown by the private and public sectors at the recent G20 Tourism Ministers Meeting, there is so much at stake that we must redouble our collective efforts to save the sector together,” Guevara said.

The WTTC will continue working with major industry bodies and global organisations, such as: the International Air Transport Association (IATA); the International Civil Aviation Organization (ICAO); the Airport Council International (ACI); the World Economic Forum (WEF); and the International Chamber of Commerce (ICC). This will ensure that they collectively further take forward the positive steps which have already been achieved.

The WTTC has been at the forefront of leading the private sector in the drive to rebuild international travel.

Its 2020 Economic Impact Report shows how critical the Travel & Tourism sector will be to the economic recovery. During 2019, the report detailed how Travel & Tourism was responsible for one in 10 jobs, or 330m in total, making a 10.3% contribution to global GDP and generating one in four of all new jobs.