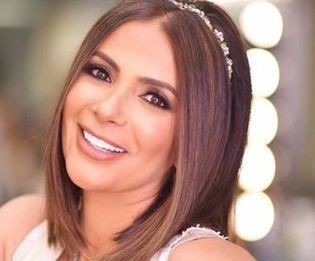 The Cairo International Film Festival (CIFF) will award the renowned Egyptian actress Mona Zaki with the Faten Hamama Award for Excellence at the opening ceremony of the festival’s upcoming 42nd edition.

The award will be given in recognition of her long career and extensive outstanding body of work, according to a statement by the festival’s organisers, on Saturday.

“Mona Zaki is the quintessential star of her generation,” said CIFF President Mohamed Hefzy, “Through her work, she has become a role model setting a great example of the success women working in Egyptian cinema can achieve.”

He added, “With her daring and intelligent career choices, she has been able to achieve the difficult balance of both critical and commercial success. She always knows when to say no, and therefore she retains her glamour and stardom, in addition to the respect and appreciation of the public even if she is absent for some time.”

Zaki emphasised her pride at being chosen to receive a great award bearing the name of the great artist Faten Hamama.

She added that being awarded the honour makes her feel “proud, content, grateful and thankful” for every effort she has made over the course of her career. She also praised the colleagues, directors, writers and workers in the acting profession that have contributed to her success, and that their hard work “will never be forgotten”.

“I will always be proud of my belonging to Egyptian cinema, and I hope that I have contributed even if just a small part to support this important industry,” Zaki said, “I promise the public that I will continue to do my best to work hard and help Egyptian cinema reach a level that is impactful, not just locally but also beyond our borders.”

Zaki’s career has featured a range of diverse roles, and has showcased her wide range of talents. Her flair in acting, singing, dancing and voiceover, along with her natural charm, make her perfect for any role she plays.

The multiple award-winning superstar’s career started early in her teens, with her first role featuring alongside the prominent actor and director Mohamed Sobhi in Bel Arabi El-Faseeh.

Throughout her career, Zaki has worked with all the top Egyptian actors, actresses, and directors. She starred in Ayam El Saddat, along with the Egyptian legendary actor Ahmed Zaki, where she played the role of former First Lady Gihan Al-Sadat.

In the classic Ehky Ya Schehrazade, she took on a significant role as lead actress, where she bravely took women’s right to the silver screen with the iconic director Yousry Nasrallah. It was in this film that she brought to the fore the very sensitive cause of domestic violence, highlighting its importance to many.

Among Zaki’s other iconic roles is in Cinderella, where she personalised the legend of iconic silver screen actress and Egyptian favourite, Soad Hosny. Moreover, she mastered her role in Afrah Al Qobba, where she played a complex character depicting a kind and sweet femme fatale.

And last but not least, she took on a role in Dam El Ghazal, for which she won an award, where she perfectly portrayed the character of a young, underprivileged neighbourhood sweetheart living amidst political turmoil and terrorism.

Aside from her acting career, Zaki is a UNICEF ambassador who has contributed immensely to raising awareness on many national charity and advocacy campaigns. This includes many child related topics, including child labour, malnutrition, poverty, the effects of violence on children and female genital mutilation (FGM).

Zaki also takes part in many charity initiatives, the latest of which has been a public calling for celebrities to sponsor families most affected by the novel coronavirus (COVID-19) pandemic.

Zaki is married to one of Egypt’s most favourite and respected lead actors, superstar Ahmed Helmy, with whom she has three children.