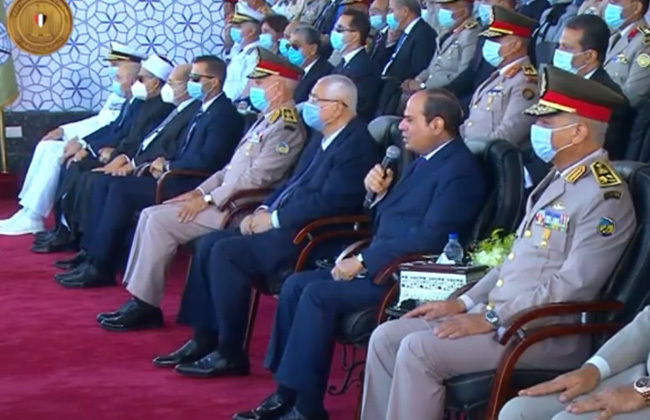 Egypt’s President Abdel Fattah Al-Sisi warned, on Tuesday, that some aim to destroy countries through negative mobilisation of public opinion that relies on sowing doubts and lies. Therefore, he said, Egypt’s police and army have taken on a new task, which is to raise awareness about conspiracies that being formed against the state.

In a speech at the graduation ceremony for students at military colleges and institutes, which took place at the Egyptian Military Academy in Cairo, Al-Sisi told new graduates that their duty and their most honourably mission is to sacrifice their lives for the homeland sesurity.

He said that Egypt cannot be defeated from outside as it does not attack anyone, and that the Egyptian army is capable of deterring any aggressor.

The President highlighted the importance of updating study materials at Egypt’s police and military colleges, which should take place to raise awareness on the intrigues against the country.

During the ceremony, students of the military colleges presented tactical drills to showcase their fighting skills. They also stood in a formation representing the number 47, to mark the 47th anniversary of Egypt’s victory against Israel in the 6 October War