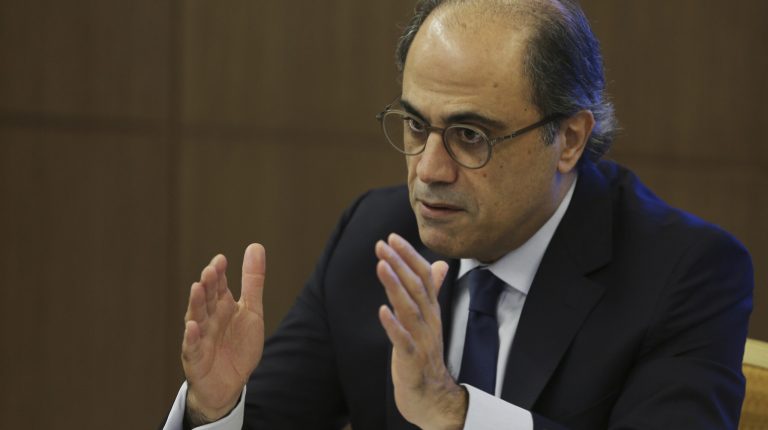 Over the last three years, Egypt’s fiscal policy was a pillar on which the country regained market confidence in its macroeconomic stability. Despite the challenges of the novel coronavirus (COVID-19) pandemic, Egypt was able to maintain an acceptable outcome in terms of its fiscal indicators.

The country was able to preserve the primary surplus in its budget, which has been one of the key targets of previous programmes, according to Jihad Azour, Director of the Middle East and Central Asia Department (MCD) at the International Monetary Fund (IMF).

The IMF Regional Director spoke to Daily News Egypt on the sidelines of the IMF and World Bank’s annual meetings, which, this year, are taking place virtually. During the interview, he touched on many important regional and local issues relating to economic growth and the challenges wrought by the global health crisis.

Azour said that Egypt is currently reforming how it manages public expenditure, including modernising and improving its tax administration. Along with the modernisation of its procurement law, this comes as part of the programme the IMF agreed onwith Egypt back in May.

He noted that the Egyptian government’s various efforts to update and reform its economic procedures, will improve the quality of the country’s fiscal management.

The point that set the whole process off was the global health crisis created by COVID-19. When the pandemic turned into a fully-fledged global economic crisis, this then led to a drop in oil prices, as well as a sharp decline in demand for oil. When combined, this led to oil prices that we have not seen in the last two decades, where we reached a level of $20/barrel.

The current projections for oil prices this year and next will remain low, in the corridor of $40 to $45, and they may possibly go up later, if the global economy recovers strongly. Having said that, the price of oil will remain relatively lower compared to the pre-COVID-19 shock, and will remain so by at least 30% to 40%, which will require additional reforms on the oil exporting side, in order to regain the level of growth during the pre-COVID-19 era.

How large was political conflicts’ effect on regional growth amid the pandemic?

The political or geopolitical situation is one of the issues that have affected regional economies, and also one of the risks that weigh on growth prospects. But I would say that one of the most impactful developments this yearhas been COVID-19, and this requires a range of stringent measures to protect the population. The region has also been affected by the drop in oil prices, and also the slowdown in the global economy, especially as oil exporting countries are very much integrated into the global economy, whether in terms of the oil or non-oil sectors. This is because of the well developed service sectors, such as tourism, airlines, transportation, and logistics, which are very much linked to the evolution of the global economy.

What best practices can the region put in place to manage the economy during this crisis?

The situation varies here, as those countries that have buffers can still extend some of the fiscal support packages that they have introduced. Those who have less buffers need to undertake a reallocation of their resources, in order to give priority to social expenditures, including health, education, and social protections.

In the oil importing countries it depends, as countries such as Egypt entered the crisis with a good level of buffers. Over three to four years before the crisis, Egypt had undertaken needed reforms in order to strengthen its macroeconomic stability, and to improve its monetary and fiscal situation. As a result, the country, like others in its position, has been enjoying levels of growth exceeding 5%.

Therefore, those pre-COVID-19 improvements have helped to cushion the pressure on the economy. The same occurred, for example, in Morocco, which over the last 10 years has introduced a certain number of measures to strengthen the economy.

Countries thathave vulnerabilities were limited in their ability to provide more support in terms of stimulus, and have also witnessed a high increase in their debt-to-GDP ratios.

Egypt is the only country in the region expected to achieve positive growth in 2020. What are the main factors for this estimate? What is the effect of the global economic slowdown on Egypt’s growth?

Egypt was affected by the COVID-19 crisis, like any country, and it had to move quickly to put in place a certain number of measures in terms of social distancing, testing, and confinement measures to limit the spread of the virus and to control the pandemic. This had an impact on the economy.

In addition, Egypt was affected by the decline in tourism, and also the slowdown in global trade which went down by 12% this year. However, we saw resumption in terms of airline movement, and despite the lower levels, tourism has returned.

As I said earlier, Egypt has undertaken a certain number of reforms that allowed it to improve its macroeconomic stability, on one hand, by reducing the level of deficit, improving the level of reserves at the central bank, and preserving the stability of the financial system. On the other, Egypt has also made considerable efforts in redirecting subsidies to those who need it most, by enlarging the social protection mechanisms, such as the Takaful and Karama initiative, and other programmes. All of these measures have allowed Egypt greater agility in addressing the crisis, and have the capacity to contain the impact of the crisis, both on public finance and the overall economic stability.

What are the effects of lower oil prices on Egypt, taking into consideration it is a net oil importer?

Like other oil importing countries, Egypt will benefit from the drop in oil price in the current account, because this will reduce the level of imports whilst also decreasing the cost for the population.

Egypt also receives remittances and transfers from oil exporting countries, which is an issue that should be monitored over the next economic cycle in order to make sure that the slowdown in remittances will not become permanent. The good news is that we have seen remittances protected in addition to the resumption of travel between GCC countries and Egypt, including Saudi Arabia. This will help the Egyptian expats regainaccess to the GCC markets, and in turn protect their remittances.

I think that, going forward, we will see improvement in trade globally. If we see the acceleration of testing [for COVID-19] and the development of a vaccine, this could be a very positive development for Egypt, and also for its economy.

Has the Egyptian government done anything different in the last few months to enhance growth?

The government has reacted swiftly, introducing strong measures to control the pandemic. They have adopted a three-pronged approach, including tackling the impacts of COVID-19 on the population, controlling the spread of the virus, and protecting the population.

On the other hand, Egypt also introduced a certain number of measures to strengthen the stability of certain sectors. The Central Bank of Egypt (CBE), along with the banking system, has been introducing new liquidity facilities, providing additional subsidy in terms of interest rates to some key sectors. The state has also maintained the capital expenditure programme in order to preserve employment.

Of course, some sectors such as tourism have been affected, and those have been receiving special treatment. But I think what is important, going forward, is to preserve the support that is still needed, and to start accelerating some of the structural reforms that Egypt has already started. This will entail placing a greater role on the private sector to create opportunities, by improving some of the legislations, as well as access to land and markets, whilst maintaining the stability and liquidity of the banking system. All these elements will be important going forward for a fast tracking recovery in Egypt.

What do you think of Egypt’s monetary policy during the pandemic?What policies would you advise the CBE to adopt in the near future?

The CBE has reacted very fast by adjusting its interest rates, with the first round of adjustments being the slashing of rates by 300 basis points in March, one of the largest cuts to interest rates in the region. This was followed a few months later, in July, by another cut of 50 basis points.

It provided a good signal to the market in terms of support. In addition to that, the CBE provided moreliquidity, through the banking system, besides providing further support to some of Egypt’s productive sectors, such as tourism and industry. This was put into effect to keep banks liquid, and provide direct access to financing to the private sector.

In addition, Egypt’s monetary policy targeted inflation levels, and we saw a steady decline in inflation over the last few years, which is still the case now. The CBE has also rebuilt its reserves, and recently and successfully issued green bonds into the international capital market, which showed the level of support and confidence that the markets have in Egypt.

What policies should the government follow in the next months to mitigate the pandemic’s effects on growth and poverty?

The first policy is to strengthen the healthcare system, so that it can cater to any risk of a second wave. The second is to strengthen the social protection framework, especially in terms of addressing the scarring that could occur in certain sectors such as tourism. The Egyptian government should provide support to those who may have lost their jobs because of COVID-19.

The third policy is to accelerate some of the structural reforms that will allow additional jobs to be created in Egypt. Those reforms could improve the Egyptian economy’scompetitiveness, and would provide the right playing field for the private sector. They would also allow for an increase in space available, so that the private sector can drive economic growth.

What public expenditure priorities should Egypt have during the crisis? How should the government manage public debt?

Social protection comes first, and by this I mean support for health care comes on the top, but also support for education especially that during the COVID-19 crisis, we have been resorting more and more to distance learning. The latter requires investing in the quality of education, in order to keep providing access to education to everyone, including those who are in remote areas.

Social protection should also take place by expanding various programmes in order to protect vulnerable groups who are usually more affected by crises than others.

Working remotely proved to be more challenging in the region than in other parts of the world. As a result, it is also an important priority to help small- and medium-sized enterprises (SMEs) and the informal sector through financial inclusion. This will bring additional inclusion to the system, especially for youth, and also for the Egyptian woman to play a significant role in the country’s economic growth.

What are your expectations for Egypt’s debt-to-GDP ratio, especially after the recent loans?