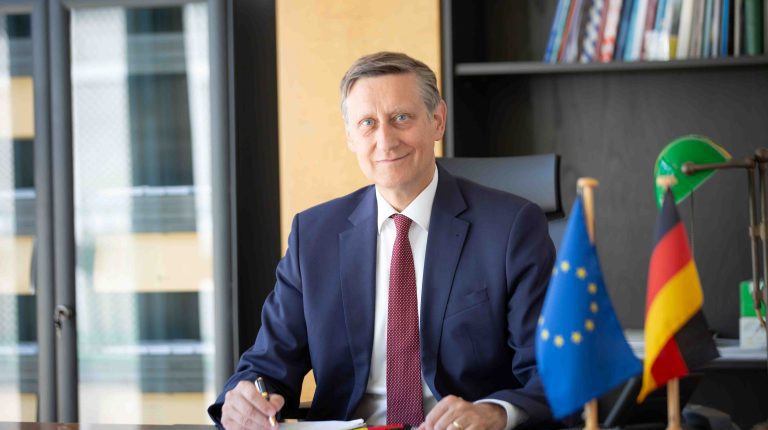 Germany’s Ambassador to Egypt Cyrill Nunn said that international financing corporations support Egypt in its renewable energy projects and that they will remain active.

During the 10th Egyptian-German Renewables Day, organised by the German-Arab Chamber of Industry and Commerce (AHK) on Tuesday, Nunn said that business needs a clear framework to ensure a good working and investment climate.

He also said that Egypt has worked hard in recent years to improve both, and has put in place the steps needed to create the appropriate atmosphere for investing in the renewable energy field.

Nunn added that waterpower electricity generated by the River Nile has been a key source of renewable energy in Egypt for decades, in addition to the wind energy that is particularly found on the country’s coastline. He said that the country still has room for further expansion in the renewable energy sector.

“Last Tuesday, I visited the hydro power station at Assiut’s barrage, in operation since 2018,” Nunn said. “Today, the hydro power plant introduces up to 44 MW of electricity per year to serve around 130,000 households in Assiut and neighbouring governorates. This is not the only example of Egypt in developing renewable energy sector.”

The New and Renewable Energy Authority (NREA) has just signed an agreement with a joint Italian-French-Chilean alliance to establish a wind power plant in Egypt, with a capacity of 250 MW.

The plant will be located on the Gulf of Suez’s western coast in the Red Sea Governorate, east of Cairo. As one of the largest wind energy projects in Egypt, it will see an investment cost of about €228m, and will be constructed with the support of Germany’s development cooperation.

Nunn said that Egypt also needs to focus on all requirements relating to solar energy production, as it has great potential in this sector.

Germany’s development cooperation is also active in solar energy, through the financing of the solar park in Zaafarana together with the NREA. A training programme in this field has been successfully implemented.

Egypt looks to put in place a sustainable energy strategy, in which it aims to ensure that renewable energy will account for 20% of its national energy capacity by 2022, and 42% by 2035.