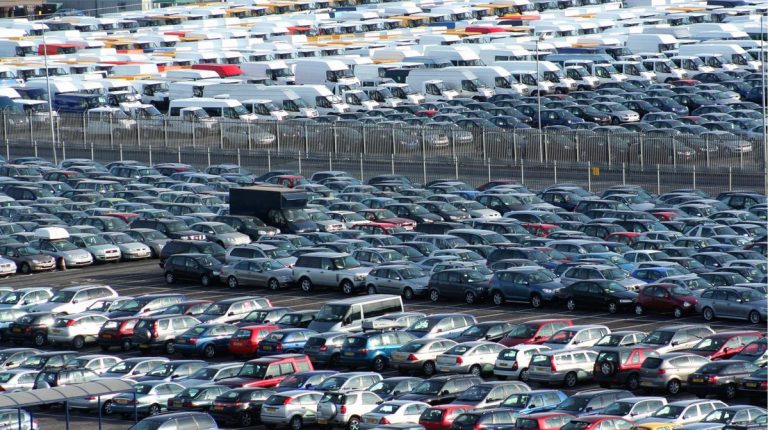 For many Egyptian consumers looking to buy a vehicle, used cars are an attractive option, with the country’s used car market witnessing great popularity.

Demand is particularly high for certain vehicles of Korean origin, whatever the age of models. This has been affected by several factors, the most important of which is the ease of resale on the one hand, and the ease of maintenance and availability of spare parts at reasonable prices on the other.

Osama Abo El Magd, Head of the Egyptian Automotive Dealers Association, said that there is no specific approach to buying used cars. He also said that the popularity of some Korean automotive brands can be attributed to their being the most widespread in the Egyptian market.

He added that the demand witnessed by the used car market is due to Korean car brands’ success in providing many attractive services to the consumer. The demand is also fuelled by consumers not wanting to buy new cars due to several factors, including the cost of licences, and the decline in the vehicle’s value once they are licensed.

Abo El Magd said that the philosophy of buying “zero” cars originates from Western countries, especially as cars may need to undergo regular maintenance following five years of use. This means that for some consumers, they are pushed to change their vehicle after the five year threshold.

He also said that some consumers may shy away from buying certain car brands or models, particularly those manufactured by US brands. This lack of willingness to purchase can be attributed to the brands not meeting the consumer’s requirements in terms of maintenance and services. Consumers are also put off by the high prices of spare parts for these brands, despite these cars having the power and the latest technology.

Abo El Magd advises consumers to inspect used cars thoroughly before purchasing them, particularly at official service centres. This will ensure that the vehicles, and all their parts, are fully examined for defects, and the life span of various parts is determined, which will help make the purchase decision.

If the inspection also occurs at an agency, it will be far easier for consumers to have their cars provided with full maintenance, should this be needed.

He said that there is no room for tampering or fraud when inspecting the vehicle at the agency, which is more likely to take care to undertake a full and proper examination. He also said that selling a used car with a registered contract is a much better and safer option than any other means.

Moreover, Salama Hassan, a used car dealer in the Mokattam district of Cairo, said that the used car market is witnessing great demand, especially among Korean and Chinese brands. This popularity is due to the availability of special maintenance centres, particularly if car mechanics and vehicle electrical care is needed.

Hassan said that the prices of spare parts for these vehicles are within easier financial reach for consumers, with many of these spare parts imported from China at affordable prices for everyone.

He added that some European automotive brands are witnessing a great demand in their circulation, both in terms of buying and selling, including Skoda, which enjoys prices that suit the consumer. This is due to the easy availability of their spare parts, which makes them retain their price value upon resale.

Hassan said that there are many used cars that are more than 10 years old on Egypt’s roads, which, when they are bought, are inspected at vehicle care centres located inside petrol stations. He also said that cars that have not been used for three or four years should be inspected at service centres to ensure their safety.

He added that there is a culture and tendency for some consumers to buy a new car every three to four years, while others prefer to buy used cars to avoid paying licensing costs for new models.

Hassan noted that there can be a warranty for the used car according to its condition, although there can be no guarantee for a car that has largely depreciated in value. He revealed that buying a vehicle with a power of attorney on board is better than a contract, due to the cost of the contract.

He said that the biggest challenges facing merchants and consumers when buying a car takes place through the provision of misleading data, or information that is not strictly true. This tactic of deceit is often used when describing the vehicle’s condition, with certain information being hidden or left out to ensure the vehicle is sold.

In a related context, Mahmoud Hammad, Head of the Used Car Sector at the Egyptian Automotive Dealers Association, said that the demand for used cars will not stop, as all consumers always seek to change their vehicles.

New cars are currently facing a shortage in supply, due to the agents changing their import policy on the back of the economic fallout of the novel coronavirus (COVID-19) pandemic. There has also been a nationwide campaign to boycott vehicle purchases in recent years due to their high prices, which has also not helped sales.

Hammad said that the best-selling used vehicles are Korean models, followed by Japanese and European ones. He added that Kia and Hyundai are better sellers than all other models, due to these cars having few problems and widely available spare parts that can be accessed at affordable prices.

Hammad said that used cars can be sold under a preliminary contract that should be followed by a power of attorney, or by a registered contract.

In a related context, car expert Gamal Askar advises customers who intend to buy used cars to take particular care of the vehicle’s chassis. He noted that if the chassis is defective in any way, this may then cause problems for the consumer.

Askar said that the car must be inspected and adjusted to ensure that it can remain on a straight path once they are on main roads and highways.

Inspection should also include a check of the engine’s efficiency, in order to separately determine the compression ratio for each cylinder. One of the most important parts of the inspection should look at the vehicle’s transmission capabilities, particularly on automatic gearboxes. Such is the transmission’s importance that it can affect up to 30% of the car’s value, and must be tested at high speeds to ensure that all gears are working efficiently.

Askar said that computer examination provides an excellent result for the buyer, as a detailed report is provided on all parts of the engine, electricity, sensors, and transmission in the car.

He advised the consumer not to buy the car if the engine is running at an efficiency of less than 75%. He also said that tyre validity should be inspected before purchasing the car, as a matter of importance, with the average tyre lifespan coming in at 50,000 kms.