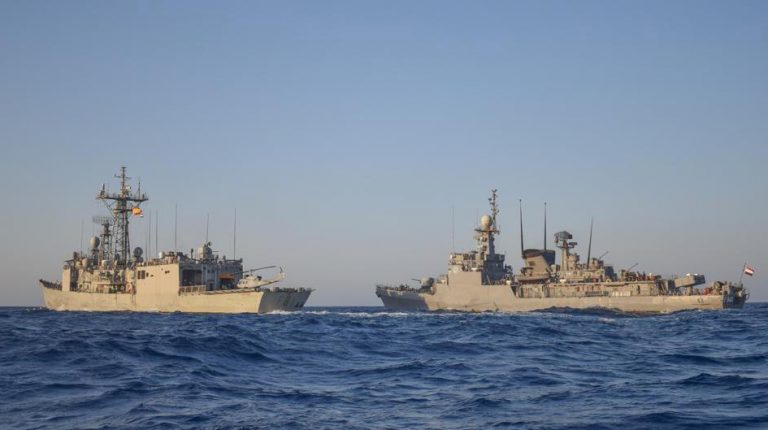 In a statement, Al-Refae said that Egypt’s Al-Naser and Abu Qir frigates and the Spanish frigate Santa Maria took part in the exercise, which included transportation drills.

The training reflected the high competitiveness and fighting capabilities, as well as the combat readiness, of Egypt’s naval troops, the statement said.

The exercise focused on supporting the pillars of joint cooperation between Egypt and Spain’s armed forces, both of whom have significant experience in the maritime field. It also supports efforts to benefit from bilateral capabilities in achieving the common interests of both sides, and supporting efforts for security and maritime stability in the region.