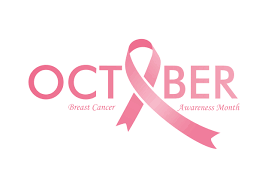 Every October, the world marks Breast Cancer Awareness Month with an annual campaign to increase awareness of the terrible disease. During the month, which is frequently called Pink October, educational and fund-raising events are held worldwide, to provide greater awareness on the disease.

Breast Cancer is the most common type of cancer among Egyptian women, and is estimated to be the cause of 22% of all cancer-related female deaths in the country.

The figures were published in the World Bank’s ‘Women’s Economic Empowerment Study’, in coordination with Egypt’s National Council of Women (NCW).

In its health chapter, the study said that early detection is critically important in reducing the number of breast cancer-related deaths. It noted that the 2015 Egypt Health Issues Survey (EHIS) results show that only 11% of the women aged between 15 and 59 are aware of how to conduct self-examinations, to look out for signs of breast cancer.

Daily News Egypt sat down with Eman Zayed, Member of the Egyptian Association for Cervical Endoscopy and Early Diagnosis of Tumours, as well as Consultant of Obstetrics and Gynaecology.

Zayed provided further information on the techniques and methods that women can use to protect themselves from breast cancer.

She said that it is important for women to know that there are certain red flags or risk factors that make certain groups or social segments more susceptible to being diagnosed with cancer. This means that if they fall within any of these boundaries, women should take greater care and pay more attention to follow-up.

Zayed added that these factors include women who did not breastfeed their babies, and those who have not previously given birth, in addition to taking some hormone drugs.

Some women may also have an inherited genetic mutation which may run in their family that puts them at greater risk of having breast cancer. Women may need to undergo regular medical checks, if this is the case, particularly if they have a close or first-degree relative who has had the disease.

“In the case of having a first degree relative who has been diagnosed with breast cancer, for example if a mother has had it, all her daughters should undergo a genetic analysis to identify if they have the BRAC1 or BRAC2 mutations, no matter what their age,” she said.

She explained that women who inherit mutations in these genes are at an increased risk of developing breast or ovarian cancers, compared to the general population.

A positive result means that the woman carries a gene mutation that increases her risks of developing cancer, in which case, she should follow up with her doctor to manage that risk.

After outlining the risk factors, Zayed described the methods that women can use to protect themselves. She said that all women, whatever their age, should undertake regular self-examinations at home, ideally at a fixed time every month. She added that the ideal time for women to do the self-examination is after the period.

There are several stages to the self-examination which can easily be done at home and do not require an extended period of time. To begin with, a woman should begin by looking at her breasts in the mirror with her shoulders straight and her arms on her hips. She should look for any changes to the outside appearance of her breasts, including alterations to their usual size, shape, and colour, and whether they are evenly shaped without visible distortion or swelling.

“She has also to look under her arms for the same changes, as the Lymph nodes that are in a tumour can become enlarged in this area,” Zayed explained.

She recommended that the women should also look at the nipples, and whether there are any signs of fluid coming out of one or both nipples. This could be a watery, milky, or yellow substance or blood.

“Finally, a woman has to use her hands to feel both breasts, and if she notices any changes she should ask her doctor for a referral for a screening,” she said.

Zayed said that the best way for a woman to protect herself from cancer is to change their lifestyle, practice sports, eat healthy food, limit intake of sugars and starches, drink water, stop drinking soft drinks, and stop smoking.

She assured women that early detection is very important in the recovery process, and advised all women, whatever their age, to ensure they do regular self examinations and to change their lifestyle.