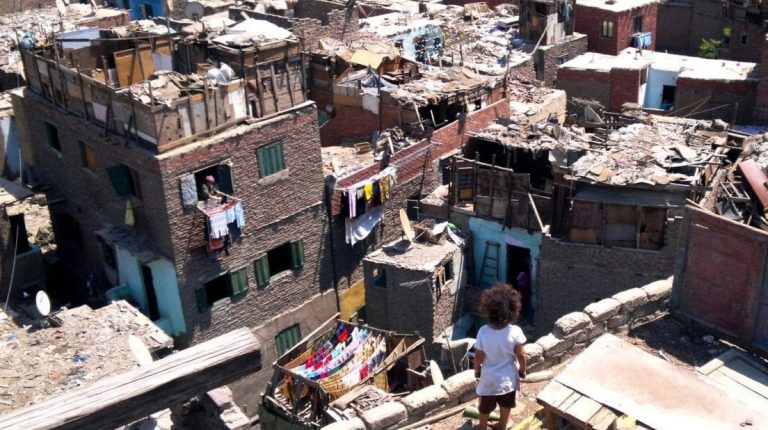 In Egypt, as in many countries in the Middle East and North Africa (MENA) region, young women are exposed to several forms of gender-based violence. A 2014 survey of youth in Egypt showed that almost 40% of women aged between 13 and 35 have experienced some form of verbal or physical sexual harassment on the streets and on public transportation.

Egypt’s Vision 2030 has always stressed the need for radical solutions to be adopted to socially and economically empower Egyptian women. The Egyptian government recognises that this will not take place until all forms of gender-based violence are eliminated, and a safer space for young women, especially in informal areas, is created.

The project took place in cooperation with the Women and Society Association in Ard El Lewa, and the Youth of Today Association.

The project’s main purpose is to engage policy makers, practitioners, and youth stakeholders, on both the local community and national levels. It also looks to promote more gender equitable views among young people, whilst also better supporting the prevention of sexual violence and all other forms of gender-based violence.

The project targeted raising legal awareness and providing the facilities for youngsters aged 13 and 29, as well as parents, to acquire life skills. The project also hopes to raise legal awareness on reporting mechanisms, and how to deal with children in case they are the victims or culprits of harassment.

The target groups also included the local community, in order to raise legal awareness and knowledge about gender-based violence. This will, in turn, create safer areas for young women and girls. Finally, the project’s activities included providing workers in educational institutions and youth centres, to raise legal awareness, alongside providing mechanisms for receiving complaints. They have also taken part in information sessions providing details on how to form protection committees within schools and youth centres.

Nahla Abdel Tawab, the Population Council’s Country Director for Egypt, said that it is vitally important to address the phenomenon of sexual harassment, as it threatens social peace in Egyptian society.

She noted that sexual harassment, or exposure to such forms of gender-based violence, has a varied and far-reaching impact on women and girls, whether physical, sexual or mental. So much so, that it can even have the effect of restricting their movement in public places.

She also said that gender-based violence is a global issue, one that affects women in various parts of the world.

Abdel Tawab added that the Egyptian state is taking deliberate steps to confront the phenomenon, as they recognise that it threatens the security and stability of the Egyptian family. As a result, the government issued a pioneering law in 2014 that specified sexual harassment as a crime punishable by law.

She said that although the law is a positive step towards raising public awareness, very few cases of harassment have been reported since the law’s ratification. She attributes this to two main reasons, namely the fear of scandal and social stigma, and the incorrect belief that there is no point in reporting because no action will be taken against the offender.

Abdel Tawab emphasised the significance of raising awareness and creating supportive public opinion to bring about change, and to combat all forms of violence against women and girls.

She also called on society to seek radical solutions to the phenomenon of young women being exposed to gender based violence in public places. At the same time, light would need to be shed on the attitudes towards different forms of gender-based violence. This would take place by focusing uniquely on the informal slum areas of Greater Cairo.

Abdel Tawab elaborated that the aim is to understand victim responses when they are exposed to such incidents and how the experience affects their lives. It would also entail understanding their experiences as they proceed through major life transformations in adulthood, including access to education and participation in the workforce.

Exploring the real impact on community members, a young woman aged 16 in Ard EL lewa said, “I learned that if something like that ever happens, I will take action, because if I remain silent, it will happen again. I will, for example, yell at the culprit, tell a family member, or report to the authorities.”

Meanwhile, another young woman in Arab Ghoneim, also aged 16, said, “I learned to speak up, and about how to handle harassment. I also learned that if I saw someone being sexually harassed, I should not keep silent, but rather support the victim.”

“I learned that every girl is free to wear makeup and choose whatever clothes she wants. If we see one being harassed, we should defend her and take a stand,” a young 14-year-old man in Ard El Lewa said.

The impact of the project was not only limited to youngsters of both genders, with the message also reaching parents.

“On a personal level, I learned precisely what harassment means and what ‘personal space’ is,” a 41-year-old father in Ard El Lewa said, “I used to avoid discussing these issues with my children, but now I do. I know more about that matter now, and I realised that I actually can talk about it.”

A 38-year-old mother in Arab Ghoneim said, “I learned that as a mother, you should trust your daughter and instil self-confidence in her, so that she is comfortable to come and tell you whatever happens to her in school, on the street, and even in the nursery. You have to talk to her even at such a young age.”

Young girls across Egypt continue to be particularly affected by increased insecurity, mainly caused by gender-based violence in public spaces. This in turn has imposed restrictions on movement that affects their access to education, protection and jobs. Young girls deserve to make the most of opportunities to ensure their gender-differentiated needs.

Ending gender-based violence is not an unattainable dream, but a very real possibility. Accordingly, the government, civil society organisations, the private sector, and the international community need to accelerate efforts to create safer and more inclusive spaces for young women. This can be done by promoting their resilience, and by dedicating resources for girls to realise their rights and fulfil their full potential.