Keith Krach, the US Undersecretary of State for Economic Growth, Energy, and the Environment, said that having the US Clean Network programme in Egypt is vitally important to attract further investments to the country.

Krach said that it’s necessary “not only because we are talking about US companies that want to expand their investments in Egypt, but because there are many other countries worldwide, which are partners of Egypt, that are interested in this.”

He also said that 27 countries that are part of NATO, as well as other countries such as Japan, Australia, Singapore, and Vietnam, are concerned with security standards and safety. They also look to having reliable networks, which can help boost Egypt’s dealings in terms of its economic relations and the investments that are pumped into the country.

His remarks came during a roundtable, on Thursday, on the sidelines of his visit to Cairo from 21-23 October. During his visit, Krach carried out a series of high-profile discussions with the Egyptian government, including Prime Minister Mostafa Madbouly, Minister of Communications and Information Technology Amr Talaat, Minister of Trade and Industry Nevine Gamea, Assistant Minister of Foreign Affairs for International and Regional Multilateral Economic Affairs Omar Abou Eich.

“Egypt is a strong partner to the US, and our countries have a close relationship, both economically and strategically,” Krach said. “That’s why I wanted to come here and talk to government officials and businesspeople about the importance of securing 5G and the technologies of the future through the Clean Network.”

He added that these technologies would help defend Egyptian digital sovereignty from malign actors, which is a matter of national security.

Krach highlighted the strategic US-Egyptian partnership, and encouraged Egypt to join more than 40 countries and 50 telecommunications companies in the Clean Network. This would ensure that untrusted, high-risk vendors in its next generation telecommunications infrastructure are excluded.

He revealed that the US International Development Finance Corporation (DFC) will provide funding to countries wishing to convert their network to 5G technologies. The DFC will also hold a meeting next December, to receive the requests of countries wishing to take part in the grant.

Should Egypt apply for it, the country will have an unprecedented opportunity to obtain support in the event of a strong desire to migrate to 5G networks. 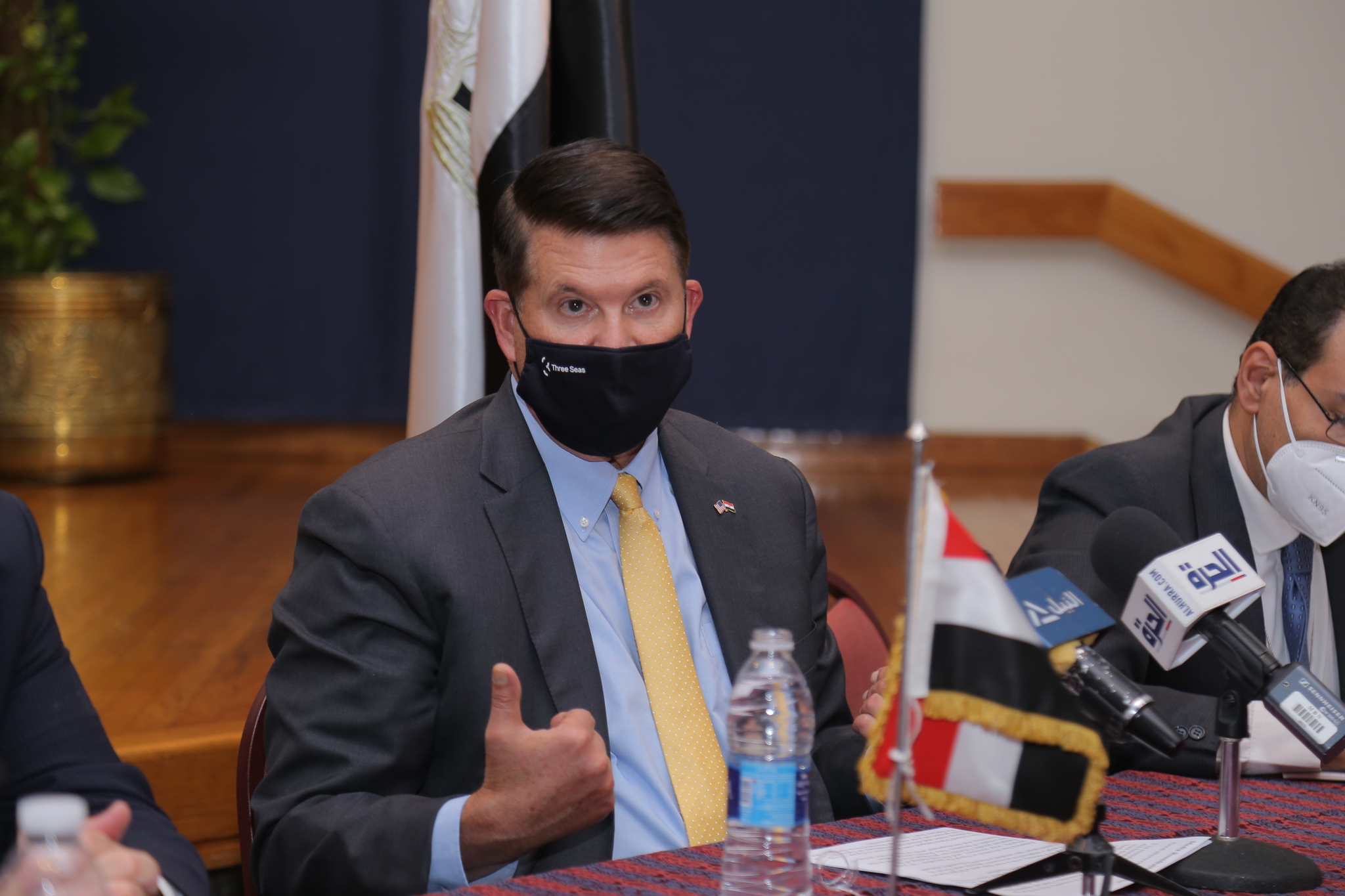 In addition to his meetings with Egyptian Government officials, Krach met with representatives from the Board and Digital Transformation Committee of the American Chamber of Commerce (AmCham) in Egypt. This reflects the private sector’s essential role in securing the next generation of telecommunications networks.

He said that, during his discussions and meetings with the Egyptian officials, he focused on three pillars relating to expanding investments, development of human capital, and increasing security and regulations.

“Egypt was my first stop during my visit to the region, because it deserves to be in a leading position in this region,” Krach said, “Although I will have other visits to the UAE, Saudi Arabia, Bahrain, and to many countries in the region, Egypt is a pioneering country that deserves to be at the beginning.”

He noted that Egypt is a country with rich past and  with a bright future, and its aggressive growth and focus on innovation has created a business friendly environment.

Krach also said that he held a roundtable with the heads of several US companies in Egypt that have made big investments in the country. One of his messages to these companies during his meetings with them was that he would like to see even bigger investment in Egypt.

He added that in the last few decades, the US Agency for International Development (USAID), has invested over $30bn in various sectors in Egypt.
“
This doesn’t include other financing and development arms or the private sector,” he said.

“Over the last three years, US-Egyptian trade has grown by 75%, which is why I am here to elevate our strategic partnership to higher level,” Krach said, “This is especially in future sectors where so much innovations are taking place and where many private sector business are looking to invest.”

At the present time, there are many great opportunity for Egyptian businesses to take advantage of the global trends to diversify supply and manufacturing chains. Krach said that Egypt has a significant competitive advantage to attract more investments. He added that Egypt is at a timely inflection point, and is well postured to attract that investment here.

To achieve this, the US official added that it is important to have reliable, trusted communication networks, rolling out 5G with trusted 5G providers. It will touch everything in our lives, from phones to cars to refrigerators to space ships.At the same time, he highlighted that the chances of success are endless, especially for Egyptian youth.

“Clean Network fits well with the Egyptian government’s vision of a vibrant, forward-looking nation that’s a leader in the region,” he assured

“The Egypt of tomorrow should be built on trusted 5G infrastructure. The Egypt of today can start by joining the Clean Network,” he concluded.