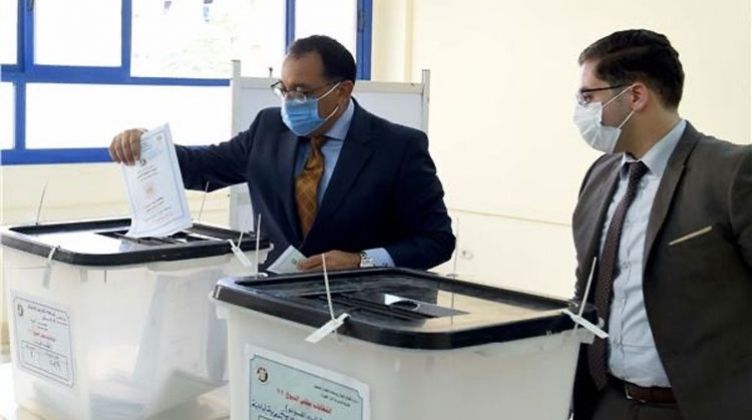 Voting in the first phase of the House of Representatives elections will take place in Egypt over Saturday and Sunday. The voting is being held in 14 governorates, namely Giza, Fayoum, Beni Suef, Minya, Assiut, New Valley, Sohag, Qena, Luxor, Aswan, the Red Sea, Alexandria, Beheira, Matrouh, and will take place amid tight precautionary measures against the novel coronavirus (COVID-19).

The Prime Minister called on Egyptians to “actively participate in this constitutional entitlement, in light of the democratic climate enjoyed by Egypt”.

He said that, following the completion of Senate as well as House of Representatives elections, the Parliament will now have its two chambers to play their role side-by-side. This would would consolidate the country’s democratic base and enrich parliamentary life in Egypt.

Lashin Ibrahim, head of the National Elections Authority (NEA), renewed the state’s concern for the safety of all parties to the electoral process.

In a phone call to the “Echo of the Country” satellite channel on Saturday morning, Ibrahim said that there is continuous coordination between the NEA and the Ministry of Health and Population. This will ensure that quick action is taken to deal with any suspected coronavirus cases within the electoral commissions.

He added that the House of Representatives elections are being conducted in a framework of fairness and transparency, pointing to the participation of international and local organisations monitoring the process.

Almost 4,000 individual candidates and eight coalition lists are competing over 568 seats in this election. Half the seats will be filled through the individual candidacy system and the rest through party lists.

According to the National Elections Authority (NEA), 10,240 polling stations will be open during this stage. The results of the first round of voting are expected in the coming week, and run-off rounds will take place on 23-24 November.