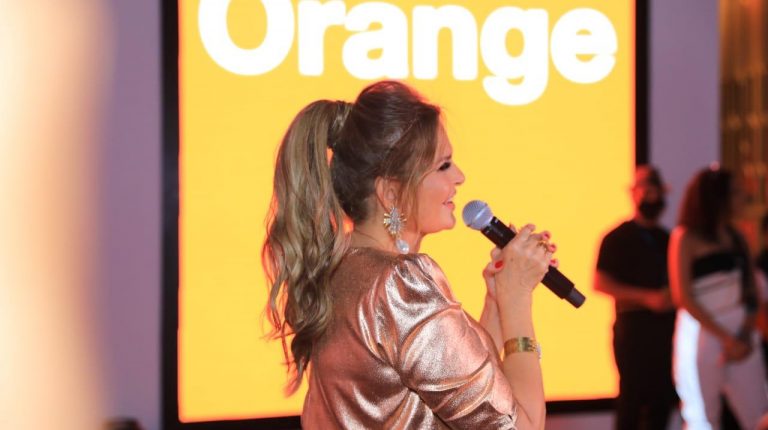 The collaboration was revealed at the launch event of Orange Egypt’s new service, on 24 October, held on the sidelines of the El Gouna Film Festival. The actress also highlighted her new upcoming TV series that will be aired during Ramadan 2021.

The service’s launch party was attended by Yasser Shaker, CEO of Orange Egypt, alongside an elite group of businessmen and top media figures, among other attendees.

Well known for her continuous support of young talents, through featuring new faces in her works, Youssra clarified her thoughts about joining Hareef Tamseel Service.

“I am really pleased to support young talents through Hareef Tamseel Service that has been launched by Orange Egypt, a company that is well known for supporting young talents,” Youssra said, “I never forget that during the early stage of my career, I was supported by veteran superstars, so I feel like it is my duty to give back.”

The Hareef Tamseel Service (Talented in Acting) is a service exclusively dedicated to Orange network users, where each participant can record a video acting out a scene from one of Youssra’s works. It may be inspired by the characters she played or those performed by other actors.

After the participant uploads their video on the service’s platform, one entrant with the highest votes along with another chosen by Youssra will be shortlisted. One overall winner will be chosen by the actress to perform opposite her in her new TV series in Ramadan (2021).

Youssra revealed that her new TV series is co-produced by the El Adl Group, under producer Gamal El Adl, whom she has worked with on several other previous works. Synergy Films, under Tamer Mursi, will also be involved, with the series written by Ahmed Adel and directed by Sameh Abdulaziz.