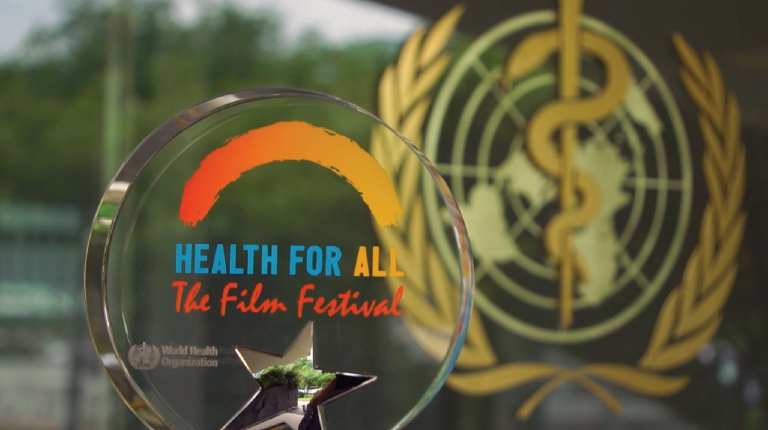 The World Health Organization (WHO) announced that it has started accepting international submissions of original short films for the 2nd Health for All Film Festival. Submissions are open from 24 October 2020 to 30 January 2021.

Submissions are open to independent film-makers, production companies, non-governmental organisations (NGOs), communities, students, and film schools from around the world.

Launched in 2020, the festival aims to recruit a new generation of film and video innovators to champion global health issues. The inaugural Health for All Film Festival, which took place in 2019/2020, accepted a total of 1,300 short film submissions from more than 110 countries.

“Telling stories is as old as human civilisation, and it helps us understand our problems and heal ourselves,” said WHO Director-General Dr Tedros Adhanom Ghebreyesus. “The WHO is proud to announce the second Health for All Film Festival, to cultivate visual storytelling about public health.”

He added, “We look forward to receiving creative entries inspired by WHO mission to promote health, keep the world safe, and serve the vulnerable.”

The competition categories this year will align with WHO global goals for public health. These will include a category on Universal health coverage (UHC), focusing on films about mental health, noncommunicable diseases and other UHC stories linked to communicable diseases not part of emergencies.

A further category will look at films on health emergencies, such as the novel coronavirus (COVID-19), Ebola, as well as health responses in the context of humanitarian crises and in conflict-affected settings. This will run alongside a category on better health and well-being, with films about environmental and social determinants of health, such as nutrition, sanitation, pollution, and/or films about health promotion or health education.

Three other prizes will be awarded for a student-produced film, a health educational film aimed at youth, and a short video designed exclusively for social media platforms.

After the closure of submissions, critically-acclaimed artists from the film and music industries will review the shortlisted films with WHO experts, and recommend winners to the WHO Director-General who will make the final decision. The jury composition will be announced by January 2021.

Topics: film festival WHO Health for All Film Festival