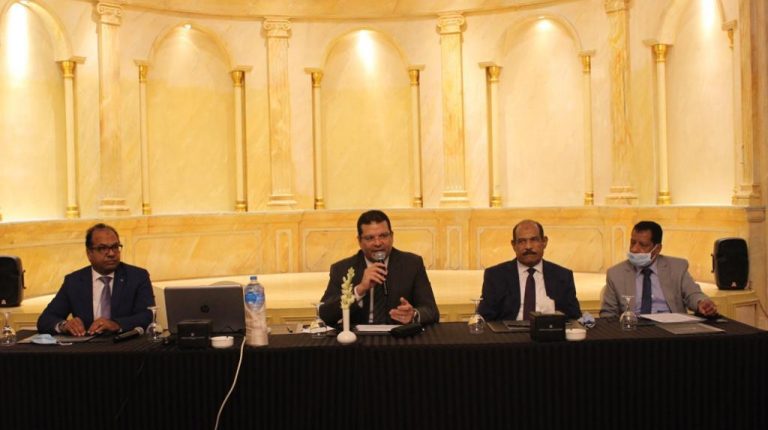 Ehab Abu Eish, Deputy Minister of Finance for Public Treasury Affairs and Head of the Supreme Mechanization Committee at the Ministry, confirmed Egypt’s continuing development of its electronic financial systems.

These developments include the Government Financial Management Information System (GFMIS), the GPS-based electronic payment and collection system, and the treasury single account (TSA). The developments will be conducted in a sustainable manner that contributes to consolidating the integration of financial systems in the country.

Abu Eish’s remarks came during a workshop reviewing updates to the GFMIS, during which he said that the digital transformation contributes to strengthening the governance of expenditures and revenue in administrative agencies.

Moreover, Emad Abdel Hamid, Head of the Finance Sector at the Ministry of Finance, indicated that the “Digital Egypt” project aims to integrate the country’s electronic financial systems. The project also aims to ensure that the administrative authorities’ needs are met quickly, in light of the approved financial allocations.

Mohamed Niazi, Head of the Local Budget Management Sector, said that the electronic implementation of the state’s general budget has contributed to addressing many challenges. It has also facilitated the necessary procedures for disbursing financial reinforcements to administrative authorities in a record time.

Mohamed El-Sobky, Head of the Final Accounts Sector at the Ministry of Finance, confirmed that the ministry had successfully optimised technology in managing and implementing the state budget.

This has, in turn, helped in completing the state’s general budget final account on the last day of fiscal year, which achieves transparency.

Furthermore, Walid Abdullah, Undersecretary of the Ministry of Finance and GFMIS Director, said that the system contributes to lay the foundations for the rational management of public funds. It will direct public expenditures to the specified paths according to the government’s priorities.

Abdullah added that the electronic implementation of the state’s general budget has contributed to controlling financial performance, and tightening the control over disbursement. At the same time, it has ensured that the financial appropriations determined by the legislative authority are not exceeded, and preserved the target deficit.

The increase digitisation provides more accurate, instantaneous data on the implementation performance of all budgets relating to government bodies and ministry units, as well as those of the country’s governor or university presidents.

Abduallah said that the Ministry of Finance issued updates regarding the automation of payment orders in foreign currencies, and the automation of all government receipts in excess of EGP 10,000. These transactions were made through electronic “citizen payments” in the system’s joint bank branches and post offices.

He also said that this has taken place as part of a serious endeavour to raise the efficiency of collecting public treasury dues from private funds. The first phase of a fund account number database that includes special accounts, transfers, and transactions carried out by these funds and private accounts, has been implemented.

Samar Adel, Head of the Ministry of Finance’s Electronic Payment and Collection Unit, said that during the next stage, the payment of government dues will be expanded through electronic collection points. This will be implemented in cooperation with Egypt’s banking sector, and will take place in administrative authorities through a QR Code.