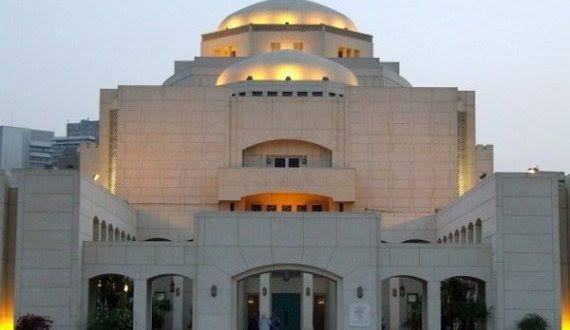 Both Cairo and Alexandria Opera Houses will celebrate the El-Mawled El-Nabawi (Birth of Prophet Mohammed) with two concerts on 28 and 29 October, featuring a religious chanting troupe. The concerts will feature selections of the most famous songs, invocations, and praise of the Prophet.

The Cairo Opera concert at the El-Goumhorya Theater will be led by Maestro Alaa Abdel-Salam, with several singers presenting religious songs. The Alexandria concert will be held under the leadership of Maestro Omar Farhat, with the participation of eight singers who will perform religious songs.

The religious chanting troupe was founded in 1972 by the late musician Abdel Halim Nouira, and its first concerts began under his leadership in 1973. The troupe aims to present harmony and beauty through literary expression and Sufi melodies.

It has specialised in presenting religious works and melodies by adopting promising young voices to perform religious hymns and invocations. The troupe annually participates in the revival of Ramadan nights, in addition to their participation in the revival of all religious events throughout the year at the opera houses in Cairo, Alexandria, and Damanhour.

The annual celebration of the Birth of Prophet Mohammad is fixed on the 12th of Rabi al-Awwal on the Islamic calendar. According to the Gregorian calendar, it falls on 29 October this year.