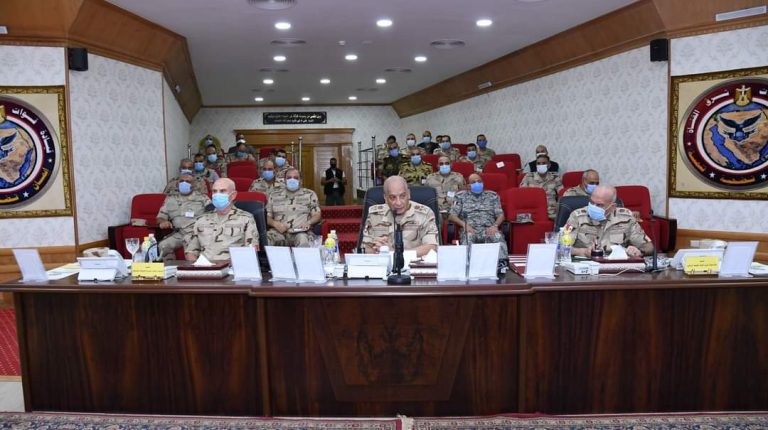 The ministerial review took place to monitor the command’s security procedures to eliminate terrorism and achieve security in the Sinai Peninsula.

During the meeting, Zaki conveyed President Abdel Fattah Al-Sisi’s greetings and appreciation for the Armed Forces’ efforts in Sinai. This included praise for their heroic deeds that have contributed to the elimination of terrorism and the return to normal life in cities across North and Central Sinai.

The minister praised the results achieved by the heroes of the Second and Third Field Armies, and called on them to maintain high morale and insistence on fulfilling the sacred tasks assigned to them by the people.

Zaki asserted that the forces are proceeding with determination to completely uproot terrorism and extremism, and continue to create an appropriate climate for investment and comprehensive development in Sinai.