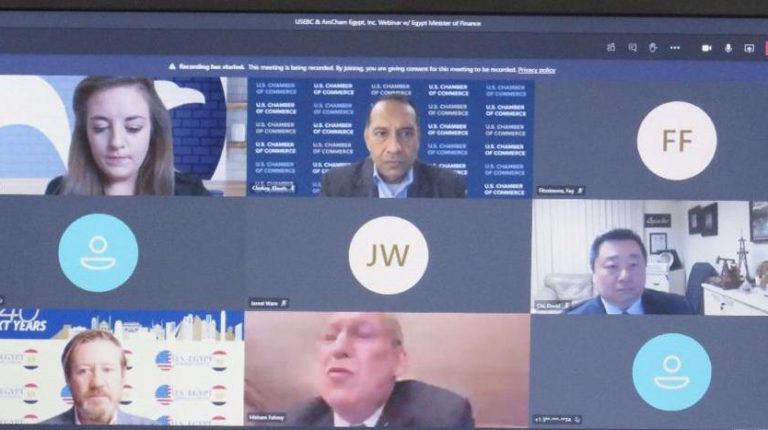 Egypt would have been unable to handle the novel coronavirus (COVID-19) pandemic, had it not implemented its recent comprehensive economic reform programme, according to Minister of Finance Mohamed Maait.

The minister’s remarks came during his participation in two video conference meetings, one with representatives of the International Monetary Fund’s (IMF) Financial Policy Department, and the other with 40 investors with the American Chamber of Commerce.

The meetings took place, in the presence of deputy ministers and other ministry officials, as part of the IMF’s Autumn meetings.

Maait said that Egypt’s success in dealing with COVID-19, which has won widespread international praise, was also due to the continued pace of reform. These reforms granted the Egyptian economy greater flexibility in absorbing shocks, and the ability to positively handle and overcome internal and external challenges.

He also said that his ministry is continuing to implement an integrated package of structural reforms to attract further investments. This would also ensure that the private sector plays a greater role in the development process during the next stage.

The minister added that the government is increasingly keen to create an environment conducive to investment in Egypt. This is particularly in promising sectors such as renewable energy, petroleum, petrochemicals, and transport in its integrated sense, in addition to industrial activities.

Maait said that the ratings given by international institutions to Egypt’s economic performance embodies the country’s successful experience in the area of economic reform, as well as its  economic solidity.

A recent World Bank report described Egypt as a “bright spot” in Africa, after foreign direct investments (FDIs) rose by 11% during fiscal year (FY) 2019/20, compared to FY 2018/19. The uptick reflects investor confidence in the Egyptian economy, despite the challenges and negative repercussions of the coronavirus pandemic.

The minister also said an IMF report noted that Egypt is the only country in the Middle East and North Africa (MENA) region that will achieve positive economic growth during the current fiscal year. The positive growth comes as a result of the economic reforms implemented by the government.

Maait noted that the IMF expects the Egyptian economy to undergo a rapid recovery in the medium term, with GDP growing by 5%. The IMF also noted that the country will see its total deficit ratio falling to 5.1% during FY 2022/23, and 4.4% by FY 2024/25.

This reflects the ability of Egyptian financial policies to deal positively and effectively with local and international variables.

He added that, according to IMF estimates, the state budget will achieve an initial surplus of 0.5% during the current fiscal year, despite the coronavirus pandemic. This will then rise to 2% during FY 2022/23, and continuing this approach at a rate of 2% on average until 2025

Investors can apply for lump-sum payment of export subsidy dues in November: Maait