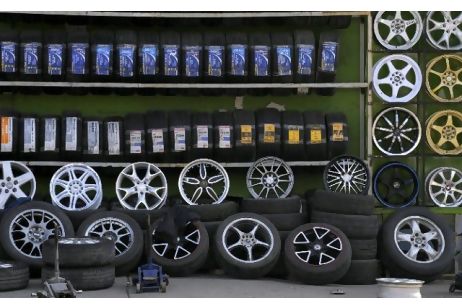 Egypt’s automobile spare parts market has witnessed a lull in demand during the current period, despite dealers making many discounts on products available.

The discounts range between 5% and 10%, and coincide with the presence of sufficient stock at dealers.

Desouky Salem, Head of the Auto Parts and Accessories Division at the Cairo Chamber of Commerce, said the division held an expanded meeting for General Assembly members and wholesale and retail sector traders. The meeting took place to discuss the situation in the market after the first wave of the novel coronavirus (COVID-19).

Salem said that, during the meeting, merchants agreed to offer a variety of discounts on some products of which sufficient quantities are available at stores, to stimulate a movement in the market.

He also said that the reserves available with merchants have contributed to a lowering of prices, coinciding with the calm of demand. This is due to importers importing quantities that are sufficient for at least the next six months.

Salem estimated the value of the sector’s import bill at about $6bn annually, with China, as the main source, providing up to 90% of the domestic market due to the low prices. Turkey and Italy make up the remaining percentage of imports for Egypt.

He denied any obstacles to importing products, as the movement of imports has regularised in the current period following the resumption of operations at factories that supply the Egyptian market.

Sameh Samir, Deputy Head of the Auto Parts and Accessories Division at the Cairo Chamber of Commerce, said that the global health crisis had a negative impact on the volume of auto parts sales. He added that sales in these products fell by more than 70%, since the start of the pandemic in Egypt in March.

Samir said that the reduced working hours, with showrooms having to close at 7 pm as part of the government-imposed precautionary measures to stay the virus’ spread, contributed to the slower sales movement.

He expects the sector to witness a slight boom in the coming period, due to the discounts offered by market participants.

Magdy Ramzy, a member of the Auto Parts and Accessories Division at the Cairo Chamber of Commerce, said that local merchants have offered discounts ranging from 5% to 10%. The amount of discount has been dependant on each product’s quality and country of origin.

Ramzy said that market participants are doing their best to reduce the profit margin as much as possible, due to the boom in the sector. This comes in addition to increasing the volume of sales that have declined during the past few months.

He added that the Egyptian consumer culture has always been biased towards imported products, despite the sometimes significant price differences.

Another source at the division emphasised that the local market does not currently suffer from a deficit of any auto parts or accessories, due to the availability of sufficient stocks with merchants.

Auto Dealers to hold expanded meeting on ‘Over Price’ phenomenon