He was born in the northern port city of Alexandria, at a time when the British occupation had been present in Egypt for a decade. The British staked their claim to the country after their naval fleet had stormed Egyptian forts, and toppled the out-of-date fortifications on the Mediterranean coast.

Despite receiving his higher education in Switzerland, he was a big supporter of Ottoman culture in Egypt, though at that time the Turkish influence was declining. The Alawiyya dynasty that was ruling Egypt at the time was shackled or impeded under the hegemony of the British governor-general.

It was under all of these circumstances that Omar Toussoun started to get involved in the Egyptian national movement, which was then formulating itself and seeking to fulfil the country’s real independence.

For some historians, it was Omar Toussoun, rather than Saad Zaghloul, who was the first politician to suggest the idea of an “Egyptian Delegation” in 1919. They claim that this idea was later exclusively attributed to Zaghloul, the iconic figure of the 1919 Egyptian revolution.

Toussoun’s political activities and his participation in the national movement was not his main focus, and he appeared happy to leave the stage to Zaghloul without ending his full moral and logistic support to Egypt’s national goals.

Instead, he had his fingers in many other pies, and the prince had many other areas of influence in Egypt’s vibrant internal affairs. He was either president or vice-president of many social charity societies, some of which extended as far as Sudan and Libya, and it was through these that he devoted his financial support.

Although he can be considered a devout Muslim, Toussoun helped all other charity societies in Egypt, including those run by Christian or Jewish backers.

Why does geography matter?

Throughout two decades spanning 1922 to 1942, Tousson published more than 45 books and articles, as well as tens of lectures and key-note speeches, in French and Arabic.

At the age of 50, building on his deep experience and a holistic vision of his era, Toussoun started what I prefer to call the “National Geographic project”. It yielded plenty of research papers and extensive multi-volumes books on the geography of Egypt, including:

The prince’s geography relied on some basic pillars relating to what he was able to do and access, the most prominent of which are:

The first Department of Geography was set up in 1925 at the Egyptian University, which later became the King Fuad I University from 1940 until it was finally changed to the Cairo University in 1952. This department, however, had the tendency towards approaching geography as a matter of history.

It is not beyond the realms of reason that the kind of research initially set up by the department was more a reconstruction of past geographies to understand the present ones. Such was the penchant for this kind of outlook on geography at the time, and it was very much affected by a number of pioneering and enlightened writers such as Omar Toussoun.

Besides Toussoun, some of the more famous names in this family are: Hussein Kamel (later Sultan of Egypt) and his son prince Kamal El-Din Hussein, Prince Youssef Kamal, and Ahmed Hassanein Pasha.

Most of their works has been devoted to Egypt’s historical geographies and its archaeological sites scattered in the Libyan Desert.

In my opinion, Omar Toussoun cannot be compared to his peers in this respect, as he had a deep vision of Sudan’s importance to the future of Egypt.

The analysis of Toussoun’s legacy reveals that more than 50% of his writings were devoted to the River Nile and the Sudan, asserting the latter’s importance for Egypt in all aspects.

In his book, Egypt and Sudan, he clearly stated, “…the unification of the two countries is a desperate need, Egypt shouldn’t lose Sudan, even if the price is that the Sudanese would be governors upon the Egyptians.”

In 1937, Toussoun wrote a lengthy 1,460 page, three-volume book, “History of the Equatorial Sudan”, dealing with Sudan’s historical ties to Egypt. In this huge tome, which was published in Arabic, he documented the detailed history of Egypt’s control over the River Nile’s Equatorial sources in Southern Sudan during the period between 1869 and 1889. 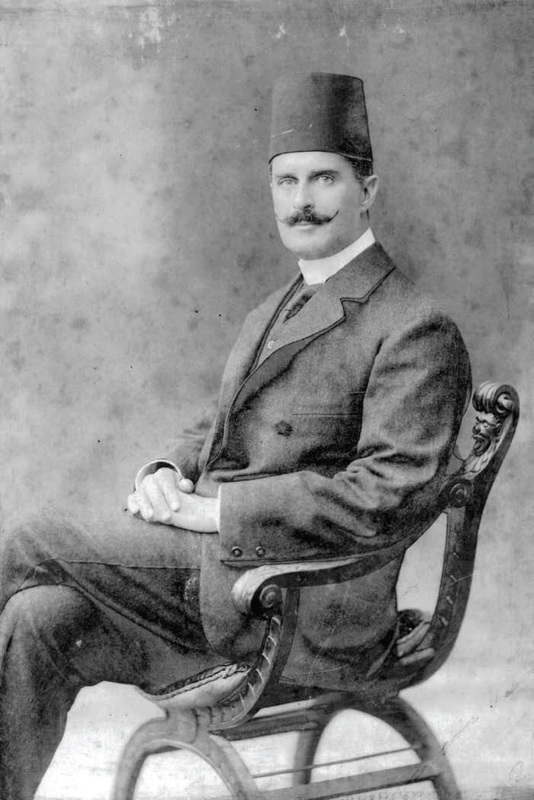 On the current topographic maps of Alexandria and Egypt’s western Nile Delta, many places still bear the name of Omar Toussoun. He was a pioneer in reclaiming the wetlands around both lakes of Mariout and Edku in the north-western Nile Delta.

Toussoun’ writings on water resources and canals were strongly affected by his activities in land reclamation and developing cultivation. In modern-day terminology, these writings could be classified in that discipline of “Rural Geography”.

For many years until his death in 1944, Toussoun held the position of president of the Egyptian Agricultural Society, which was very active in pest control and the development of the country’s cotton agriculture sector.

In its 2009 biography of the prince, entitled “Omar Toussoun, Prince of Alexandria”, the Bibliotheca Alexandrina devoted the second chapter to providing many examples of his efforts in developing agriculture in Egypt and helping poor farmers.

It is rare to read praise for any member of Egypt’s former royal family, especially following the 1952 Revolution. Tousson, on the other hand, seems to be the exception to this, with it being exceptionally hard to find offensive ideas or information against him and his role in Egypt’s public life.

However, we can tackle at least two opinions against the prince:

My point of view does not support the last opinion, as all of his books and articles contain a high level of honesty. For one, he makes a point of highlighting just who his sources are, and on what basis he has arrived at his conclusions.

Moreover, most of his writings are not scientific theses or the presentation of new rules and theories. Instead, they are merely an elaboration of data presented in an organised manner of methodology. In addition, Toussoun’s voyages to the Libyan Desert were original.

However, it is logically expected that a wealthy and influential prince like him would recruit some data collectors, translators, and cartographers, in order to assist him to save effort and time.

It seems to me that the above mentioned criticism has no ground on which to stand, because Toussoun did not work for any scientific title or academic degree as a reward of all his research works.

I do believe that we should be grateful to the numerous and important works written by Prince Omar Toussoun on the geography of Egypt in that critical period of the country’s history.