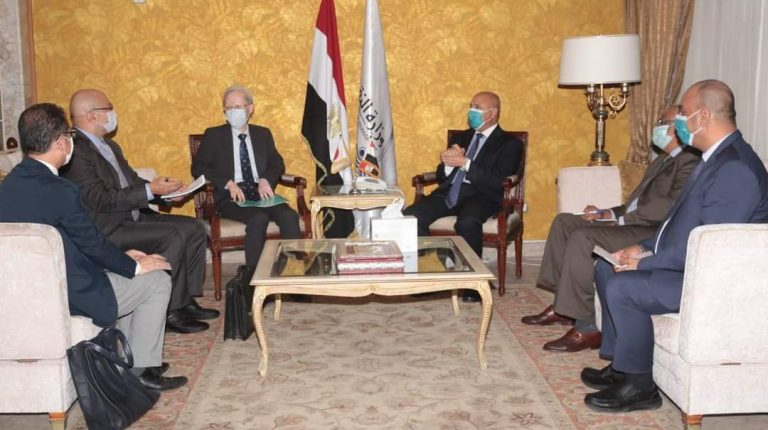 Egypt’s Minister of Transport Kamel El-Wazir met with Japan’s Ambassador to Cairo Masaki Noke to discuss the latest procedures to implement the Cairo Metro Line 4 project. Also present at the meeting were a delegation from the Japan International Cooperation Agency (JICA).

The Cairo Metro Line 4 will run from Giza’s 6th of October district to the Fustat district in Old Cairo.

El-Wazir praised the depth of Egyptian-Japanese relations, and highlighted his ministry’s keenness to continue cooperation between the two sides in implementing the Cairo Metro project.

The minister also emphasised the need to complete all procedures for the Line 4 project and to start carrying out civil work on the ground, particularly as Egyptian companies have significant experience in this field.

El-Wazir said that the electromechanical systems contract for the project’s two phases, with the participation of Mitsubishi Corporation, Japan’s largest trading company, and Thales Group, a multinational company that designs and builds electrical systems, has come to an end. He added that contracting with Mitsubishi Corporation on mobile units is underway.

Meanwhile, Noke praised the Ministry of Transport’s efforts to develop all transportation systems in the country. He made note of Japan’s keenness to continue cooperation with the Egyptian government to establish such important projects.

Both officials agreed to hold intensive meetings between Egypt’s National Authority for Tunnels and JICA, to speed up all procedures for starting the project’s implementation. This comes in light of the commitment on both sides to achieve all the terms of the financing agreement signed between them.