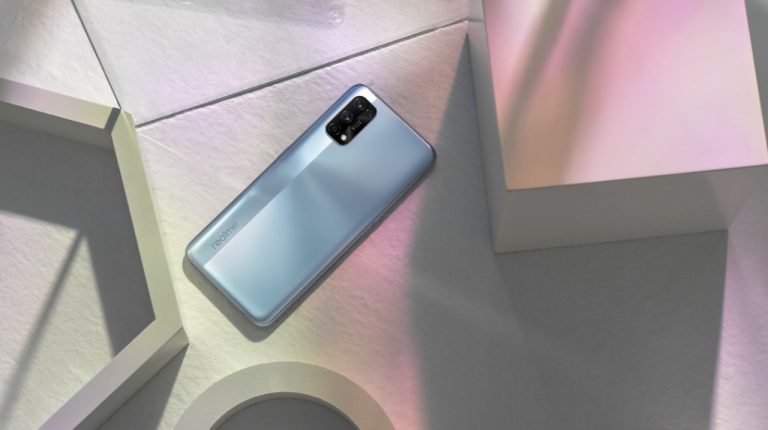 Realme, the world’s fasting-growing and trendsetting smartphone brand, revealed that the new realme 7 and realme 7 Pro achieved remarkable selling records upon their release on Jumia and Souq’s online stores.

Mahmoud Taha, Marketing Head at realme Egypt, said, “The two new smartphones constitute an evolution in charging as we’ve always known it. They present a lightning-fast charging alternative thanks to the 65W SuperDart charger, which allows realme 7 and realme 7 Pro users to recharge their batteries to 13% in just three minutes.”

As for charging the full battery, it takes about 34 minutes to reach 100%. Taha added that the novel tech features and affordability of the realme 7 and 7 Pro allow the company to strengthen its footprint in the Egyptian market.

realme added that some of the 7 and 7 Pro’s features compete with and win over some of the flagship smartphones in the market. These advanced, AI-supported technologies, enable realme consumers to enjoy better user experiences, especially youth.

The company strives to provide practical and affordable solutions for young smartphone users at all times.  In addition, it is keen on presenting a comprehensive array of products to meet the need of each and every smartphone user.

These all come with complete adherence to international quality standards and use top internal and external hardware, from the impressively-performing processor to the perfect screen size.

The products also boast a quality of camera features that allow for stunning, clear, and detailed shots, and last but not least, the SuperDart charging capability.

The Chinese company is constantly prioritising the needs of young smartphone users, and as a result, realme pays special attention to avid gamers.

The new 7 series has rightfully deserved its place as the “the most affordable smartphone that supports 65W” title.  It is the first world mobile with MediaTek Helio G95 processor, allowing users to enjoy heavy-gaming experiences smoothly and efficiently.

As for the realme 7 Pro, the company explains that it comes with a 6.4-inch super AMOLED screen which provides an unparalleled colour and detail definition as well as touch sensitivity and responsiveness.

Moreover, realme has stated its desire to present high-quality cameras with the new 7 series, since photography is one of the key features that any young smartphone user is looking for. Therefore, the realme 7 features a 48MP rear camera, fully equipped with all the trending settings, as well as a 16MP front camera.

The realme 7 Pro, on the other hand, has a 64MP quad-camera supported by a Sony IMX682 sensor, allowing the smartphone to capture HD photos. The phone also flaunts several modes such as Starry Mode, Night Mode, Ultra-Wide Mode, and more.

The impressive Sony IMX682 sensor exceeds the zooming capabilities of a regular telescope lens by two. The realme 7 and 7 Pro have set themselves apart from other competitive smartphones in the market.

In conclusion, realme has confirmed that the new 7 and 7 Pro smartphones have increased the number of realme users in Egypt to reach 1.5 million consumers. However, on a global scale, the number of realme users has reached 45 million consumers distributed between 61 international markets, through 5,000 distribution offices in Egypt and 68,000 others worldwide.